Source: Churches rev up talks momentum… as they present dialogue framework to ED and others – DailyNews 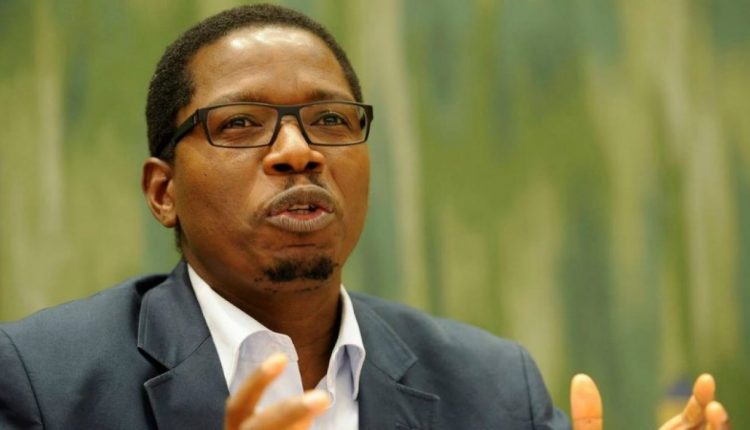 AS THE momentum towards inclusive national dialogue continues to gather speed, churches have now presented a draft talks framework to President Emmerson Mnangagwa, opposition leaders and other key stakeholders.

The secretary general of the Zimbabwe Heads of Christian Denominations (ZHOCD), Kenneth Mtata, pictured, confirmed to the Daily News yesterday that they had dispatched the dialogue proposals to all relevant stakeholders on February 2.

At the same time, it has emerged that the ZHOCD has also approached the European Union and the United States of America to seek their support for the crucial talks initiative.

This comes as the ZHOCD was also set to meet this week, to look into how it could further escalate the planned national dialogue — including roping in the Southern African Development Community (Sadc) to help nudge Mnangagwa, opposition leader Douglas Mwonzora, Nelson Chamisa and other key stakeholders towards the negotiation table.

“The proposal is being shared with the diplomatic community, the business sector and civil society for their consideration because this is a conversation that the whole nation must have consideration regarding how we find consensus and lasting solutions to the challenges we are facing,” Mtata told the Daily News yesterday.

The ZHOCD is made up of the Zimbabwe Council of Churches, Zimbabwe Catholic Bishops Conference, the Evangelical Fellowship of Zimbabwe and the Union of the Development of Apostolic Churches in Zimbabwe — with these bodies believed to represent about 80 percent of the country’s Christians.

“Our member churches are also currently studying the national consensus proposal that was presented to His Excellency President Mnangagwa and to the opposition.

“This proposal seeks to find ways in which the nation can find convergence and consensus around five key issues.

“The first of these is the issue around the humanitarian challenges we are faced with, not only as a result of the drought and cyclones we have had, but also the challenges we are witnessing in health and education even before the onset of Covid-19,” Mtata said.

“The proposal also looks at how we can find a meaningful closure around the hates and violations of the past.

“The proposal also looks at a mutually acceptable agenda for constitutional implementation and reforms. The fourth issue looks at establishing a new social contract towards an inclusive national economy, so that we embrace a new national recovery agenda in which there is broad participation.

“Lastly, this proposal looks at how we can establish international re-engagements in which there is broad participation which is supported by all key stakeholders,” Mtata further told the Daily News.

But Zanu PF secretary for administration Obert Mpofu said that he was yet to see the proposal.

“We have not received it yet,” he said.

“We received the proposal, but we are yet to table it in an official meeting. To us it’s a prayer answered because we were seeking all citizens to participate in a national dialogue.

“We commend them (ZHOCD) and encourage the church to continue pushing for talks,” he told the Daily News.

“Yes we received their proposal yesterday (on Tuesday),” Hlatywayo told the Daily News.

The ZHOCD proposal, which is now in the possession of the Daily News, says the mooted dialogue is not meant to reverse Mnangagwa’s victory in the 2018 presidential election, but to initiate all-inclusive talks to resolve the country’s myriad challenges.

“The ZHOCD is not making this proposal in disregard of the right of Zanu PF to run the country following the election of 2018.

“The church is insisting that we are too broken to build a future together without further hurting each other. We need a new start on the basis of meaningful engagement.

“As the Psalmist says, ‘How good and pleasant it is when brothers and sisters live together in unity … For there the Lord bestows his blessing, even life forevermore (Psalm 133).

“The ZHOCD argues that without a certain level of consensus among key stakeholders and the broader citizenry, efforts by the governing party to realise true peace, unity, justice and prosperity for all our people will be futile, not only now, but also in the future.

“The ZHOCD is concerned that without addressing the root causes of mistrust and lack of confidence, the nation will get stuck in stagnation and further deterioration until another breakpoint such as we had in 2017.

“In light of the above, the ZHOCD concludes that the missing link between Zimbabwe’s efforts towards finding a lasting and effective resolution to its challenges is adequate levels of consensus, unity and common purpose among its key individuals and institutional stakeholders.

“We are in no way seeking a homogenous nation. We are also not talking about total agreement among Zimbabweans. Rather, we are talking about the requisite minimum levels of agreement, about common ground among key national stakeholders,” it adds.

This comes as there is mounting pressure on Mnangagwa and opposition leaders to engage in dialogue to help solve the country’s decades-long myriad crises.

It also comes as political analysts such as renowned professor of World Politics at the University of London’s School of Oriental and African Studies, Stephen Chan, have said dialogue is the best way to end Zimbabwe’s challenges.

“The situation in Zimbabwe is dire, so that posturing is simply futile. I think everyone is slowly coming to the realisation that dialogue is unavoidable.

“Certainly, the view in the international community is that talks that are unconditional — on all sides — open and transparent, should take place.

“Inclusive means inclusive. The MDC has split. It cannot at this moment be repaired. Both factions need to have a place at the talks,” the respected Chan told the Daily News earlier this week.

“No power to help Zimbabwe exists on any side, except through careful and detailed expert planning that is also negotiable with the donor community and lending agencies of the outside world.

“The economy is front, back and centre of all of Zimbabwe’s problems. Closely linked to that is, of course, the dire problem of corruption.

“And I have often suggested the Kariba houseboat model. The principal players should simply go off to Kariba, take a houseboat out into the lake and stay there for an entire weekend once every month — finding, via informal means, common ground.

“No one should take credit for any successful plans. There should just be agreement on how best to go forward,” Chan further told the Daily News.

At the same time, the highly-regarded former Speaker of Parliament and MDC bigwig, Lovemore Moyo, has also since thrown his weight behind the current push to nudge Mnangagwa to engage the opposition and other key stakeholders in the country.

Moyo, who now leads the opposition United Movement for Devolution (UMD) party, told the Daily News on Tuesday that dialogue would end the current political tensions in the country.