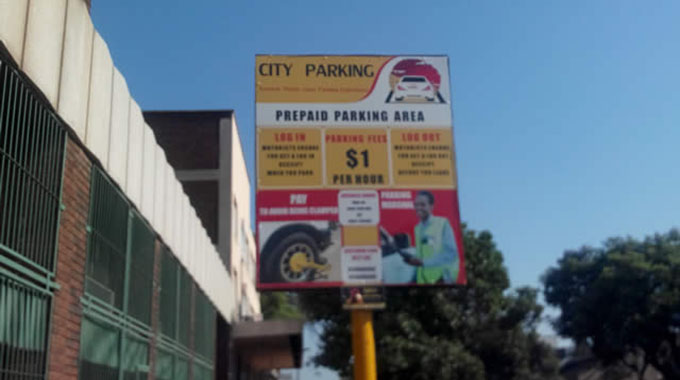 Daniel Nemukuyu Senior Court Reporter
City Parking (Private) Limited, which spent two years trying to get a refund of $38 000 from the Deeds Office for a service that was never rendered, has approached the High Court for recourse.

The vehicle parking firm in December 2015 deposited $37 970 into the Deeds Office’s bank account as stamp duty for an intended transfer.

The transfer in question was cancelled eight months later, prompting the company to ask for a refund from the Deeds Office.

Six letters were written to the Registrar of Deeds since 2016 seeking a refund without success.

The final letter dated July 18 gave the Deeds Office a 60-day notice for legal action in terms of Section 6 of the State Liabilities Act.

After an unsuccessful two-year plea, City Parking filed an application to compel the Registrar of Deeds to reverse the bank transaction.

In the affidavit, Mr Mavhera said the Deeds Office had violated City Parking’s right to property.

“In the circumstances, the respondents’ actions are a clear indication that they have neglected or refused to make the aforesaid refund,” he said.

“The respondents have thus violated applicant’s right to property without any justifiable reason to do so.”

Mr Mavhera said the refusal by the Deeds Office was a waste of the court’s time and that the office must be slapped with an order for costs on a higher scale.

“Applicant submits that the respondents should be visited with costs on a legal practitioner and client scale,” he said.

“This is so considering that his is not an application which should have found its way before this court had the first respondent been forthcoming.

“This is clearly a waste of applicant and the court’s time.”

The $37 970 was transferred into Deeds Office’s bank account on December 18 2015, but the intended transaction was cancelled a few months later.

A dispute arose when City Parking sought to recover its money since the service had not been rendered.

The Registrar of Deeds and the Minister of Justice, Legal and Parliamentary Affairs, who were cited as respondents, are yet to respond to the application.