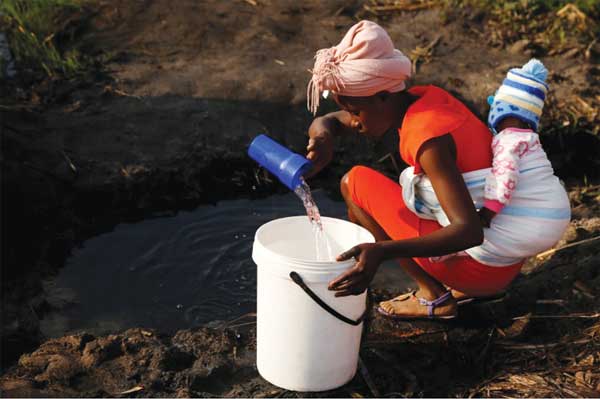 FROM heat stress to food insecurity resulting from droughts, and from malaria to COVID-19, to the sharp drop in educational standards, the range of potential health hazards caused by climate change are huge.

According to the epidemiological survey of 2018 in Kawere ward, Mutoko district, malaria incidence increased by 60%.

This was largely attributed to changes in rainfall patterns and high temperatures.

The ward faces one of the most extreme temperatures in the country. With such changes in temperature and precipitation, this has often triggered malaria outbreaks and the impact of the disease has been greater.

According to the World Health Organisation (WHO), the Sahel region, which has suffered from drought in the past 40 years and has experienced a reduction in malaria transmission as a result, could be at a renewed risk from a malaria epidemic.

Food-borne diseases have been on the increase over the past decade or so as a result of warmer temperatures.

WHO further notes that water-borne diseases have also been increasing because of extra demands on limited water supplies, which in turn increase the risk of contaminated supplies reaching the public.

“This is particularly worrying for Zimbabwe with erratic water supplies and where stagnant water pools in abandoned sand pits have become an eyesore almost everywhere, posing a danger to outbreaks of water-borne diseases”, notes a recent statement from the Community Working Group on Health.

Diarrheal diseases, including cholera and typhoid, are not uncommon in the country as a result of this and as a result of more frequent cyclones since the start of the millennium.

According to Christian Aid, poor communities in Africa are likely to be particularly vulnerable. About 200 million people in sub-Saharan Africa might die from diseases associated with climate change by the end of the century.

“Africa’s high vulnerability to the impacts of climate change is compounded by widespread poverty and the resultant destruction of the environment. On-going droughts and floods, and a dependence on natural resources for rural livelihoods, in turn, increase vulnerability”, notes one of its recent bulletins on health and climate change.

“Health is often neglected in the assessment of vulnerability and adaptation to climate change, but understanding of the impacts of climate change on health in many African countries is steadily improving”, said Freddy Gwaimani, a disaster risk reduction expert, in an interview recently.

“Several countries have conducted national assessments to determine their vulnerability to the impacts of climate change and evaluate the capacity of their health infrastructure to adapt”, he observed.

However, other experts argue that despite such assessments taking place, much more concrete information is required for informed health and climate change-related decision-making in countries such as Zimbabwe.

“It is still difficult to isolate the influence that climate change might have on the spread of any one disease out of the multitude of other factors that will influence observed changes”, said climate change commentator Luke Chinanzvavana, in a recent interview.

He pointed out that while counting the number of dead people from a cyclone or heat-wave could help provide an indication of the scale of the direct impact of climate change on health, many others factors needed to be taken into consideration.

Furthermore, Chinanzvavana, noted that even harder to estimate, but perhaps not less important, are the knock-on health impacts that climate change will have on poor and vulnerable communities.

“Malnutrition could increase as a result of declining food yields as the health of bread-winners is compromised and some areas of land become unsuitable for crop production”, he said.

Climate change impacts are expected to increase in Zimbabwe because of its geographical location, high dependence on natural resources and limited economic, financial, human and institutional capacity to effectively respond, according to the Disaster Risk Response Strategy (DRRS) (2016).

Droughts, heatwaves, flash-floods and erratic rainfall patterns are already commonplace in Zimbabwe and this situation has been worsened by the increased frequency and magnitude of climate variability in recent years.

Climate change is expected to alter the long-term frequency, magnitude and intensity of current climate variability.

“Existing disease burdens provide some measure of the adaptive capacity and vulnerability of the health sector in Zimbabwe to the impacts of climate change”, notes the DRRS in part.

Field surveys conducted under the national programmes on climate change show that Zimbabwe’s vulnerability to droughts, floods, extreme heat, and shifts in rainy season’s length, will have a negative effect on health.

Despite the increased frequency of these hazards in the past decades,  Zimbabwe has not yet developed any climate-informed policies for the health sector.

This may in part be because of the limited available information on interactions between climate and disease in Zimbabwe.

Access to safe water supplies in Zimbabwe are estimated at below 70% and 40% for urban and rural populations, respectively, according to the DRRS. This is largely attributed to poor service delivery by local government.

In peri-urban communities which now house 60%-70% of urban-rural inhabitants, at least 60% of the population has no access to safe water supplies and as much as 70% of people have no access to satisfactory sanitation facilities.

Under such conditions, the proliferation of disease is unavoidable, especially in a changing climate, notes a recent study by the World Bank.

An estimated 245 000 people affected by Cyclone Idai have received humanitarian support under a World Bank-funded Zimbabwe Idai Recovery Project (ZIRP) for the past three years.

After Cyclone Idai, communities have since been hit by cyclones Chalane, Eloise and Batsirai. Land risk maps done by Unesco under ZIRP show that the communities are still vulnerable to disaster shocks.

ZIRP is now in its final year of implementation where works on roads, schools, health facilities, irrigation schemes, dip tanks and large piped water schemes will be completed.