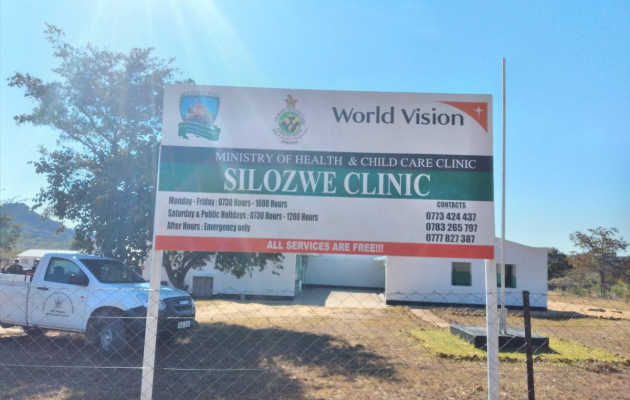 THE recent opening of Silozwe Clinic in Matobo, Matabeleland South province, has brought relief to villagers who will travel shorter distances to access healthcare services.

About US$230 000 was spent on the project which started in 2015, with villagers providing bricks and labour.

“The local authority came up with a resolution in 2015 that all wards in the district should have clinics. This was a response to the councils’ strategic plan for the year 2015. The communities on their own took heed of this initiative and mobilised resources to start the construction in 2015,’’ he
said.

Sibanda said World Vision, the Health ministry, Fambidzanai, Zimbabwe Parks and Wildlife Management Authority and the business community contributed to the construction of the clinic, including Matobo North MP Edgar Moyo, who provided a tractor and
trailer.

Sibanda said the communities supplied locally available resources, such as bricks and labour.

He said the diaspora community also chipped in with part of the materials, including groceries for those working on the project.

“The nearest health service is Nathisa Clinic, which is located 27km from Silozwe. This, therefore, meant that a villager from Silozwe travelled an average of 54km to and from the nearest health centre and about 3 237 people are expected to benefit from this clinic. Children will now be able to get all the immunisation they deserve,’’ Sibanda said.