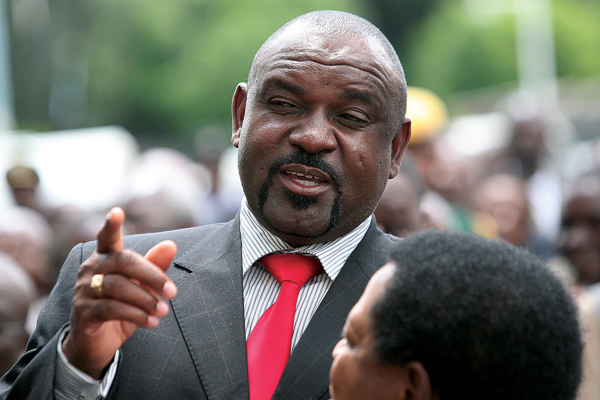 OPPOSITION United Movement for Devolution (UMD) led by former Speaker of Parliament Lovemore Moyo is seeking to enter into a political pact with Matabeleland-based opposition parties in a bid to “reclaim” the region politically, socially and economically.

This is the second attempt by Moyo to unite the region’s fringe political parties after a similar attempt collapsed in 2018.

“It is abundantly clear from past electoral results that Zanu PF has always benefited from a divided opposition vote by emerging a minority winner,” he said in a statement yesterday.

“The UMD remains open to various political collaborative options available on the table in order to avoid dividing our votes in the region.”

Moyo quit the MDC-T in 2018 where he was national chairperson to launch the UMD which he said would push for devolution, end marginalisation, underdevelopment and other problems faced by the Matabeleland region.

“The people of Matabeleland have been calling for unity and collaboration of political parties operating in the region in order to defeat Zanu PF and defend our territory. Accordingly, unity of purpose remains fundamental and a special component in achieving a united Matabeleland vote in the 2023 elections,” he added.

“We are in talks with a number of parties with which we share ideological fundamentals. For now, the talks are concentrated on forming a united front. We have not yet come to elections,” he said.

Ndlovu, however, refused to reveal the identity of the political parties that Zapu is engaging in talks with.

In 2018, a number of political parties came together to form the MDC Alliance.

The Coalition of Democrats also brought together opposition parties such as Mavambo/Kusile/Dawn, the Renewal Democrats of Zimbabwe, the People’s Rainbow Coalition, and other fringe political parties in a bid to remove Zanu PF, but the project failed to produce the desired results.