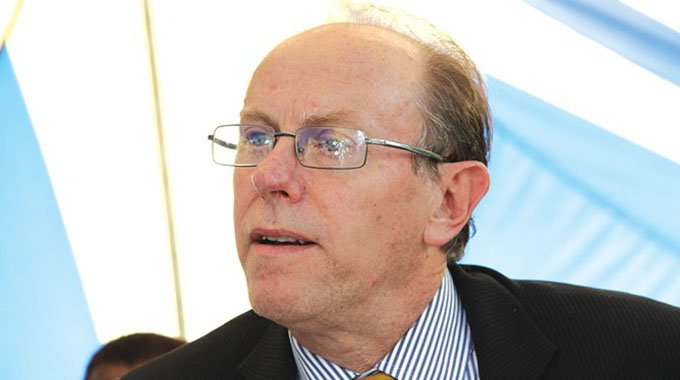 Mashudu Netsianda Bulawayo Bureau
A law firm in which controversial MDC politician Mr David Coltart is a senior partner has been ordered to pay a client more than $12 000 after bungling a case. A former High Court judge, Justice Francis Bere, blasted Webb, Low and Barry Legal Practitioners for “lacking” professionalism.

Mr Addenbrooke sought an order directing the defendants to compensate him after the sale of his property following a default judgment entered against him due to an act of negligence by Webb, Low and Barry Legal Practitioners.

Mr Addenbrooke, who was now being represented by Job Sibanda and Associates, lost property worth $10 300 after it was sold in execution as a result of the mess up by Mr Coltart’s law firm.

In a landmark ruling, Justice Bere ordered the defendants to compensate Mr Addenbrooke $10 300 plus $2 507 being the legal fees he incurred in the lawsuit.

“In the result, the defendants be and hereby found liable jointly and severally, the one paying the others absolved in the following amounts: (1) The sum of $10 300 being the proved cost of the plaintiff’s sold goods.
“(2) The sum of $2 507 being legal fees paid by the plaintiff to Messrs Hwalima-Moyo Legal Practitioners
“(3) Interest on the amounts granted from the date of summons to date of payment in full and costs of suit,” ruled the judge.

The plaintiff’s property which was auctioned included a Toyota Cressida and household property.
Mr Addenbrooke was in August 2011 involved in an accident in which one Ms Portia Mhere sustained injuries.
He was arrested, convicted of negligent driving and fined $400.

After Mr Addenbrooke’s conviction and sentence, Ms Mhere through her lawyers Majoko and Majoko Legal Practitioners approached the High Court seeking $15 000 compensation for the injuries she sustained during the accident. In her lawsuit, she cited Mr Addenbrooke as the defendant.

Mr Addenbrooke in turn engaged Mr Coltart’s law firm to defend the claim against him.
According to papers before the court, despite having been paid for the services, Webb, Low and Barry Legal Practitioners failed to properly handle the matter resulting in a default judgment against Mr Addenbrooke, which led to his property being attached.

Justice Bere condemned Mr Coltart and his partners for their conduct, saying they were liable for the “mess up” after assigning an inexperienced professional assistant to handle Mr Addenbrooke’s case.

He warned law firms against using junior lawyers to represent clients without supervision.
“The plaintiff’s criminal conviction bears no significance to the negligence of the defendants. The conduct of the defendants’ professional assistant coupled with the conduct of an advocate they had engaged made them (defendants) vulnerable. They cannot escape liability. Perhaps this case is a clarion call to all law firms that it is a monumental risk for them to allow inexperienced young lawyers to represent clients with little supervision,” he said.

“Young and inexperienced lawyers must be kept on a tight leash until such a time that they are able to go about on their own to represent clients on behalf of the law firm.”