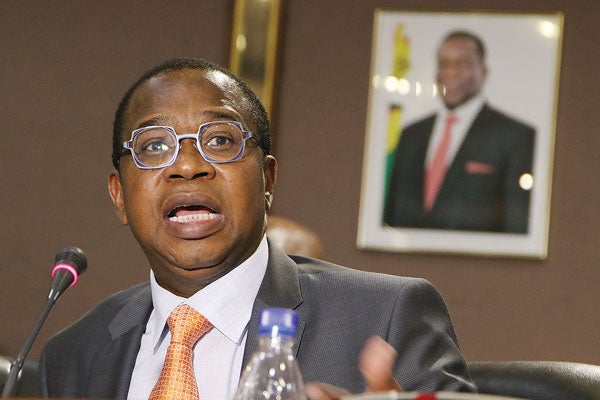 The government only managed to recover US$50,2 million from the command agriculture facility for the 2016 to 2018 cropping season, Finance and Economic Development minister Mthuli Ncube has revealed.

The government in 2016 launched a US$500 million command agricultural programme under which it intended to produce two million tonnes of maize from 400 000 hectares of land, a move meant to ensure food security and to reduce dependency on imports.

But the programme, designed to mobilise sustainable and affordable funding for agriculture so as to ensure food security and eliminate imports of food, was prone to abuse by top government officials and military chiefs.

Appearing before the Parliamentary Committee on Budget and Finance, Ncube told legislators that the amount recovered for the season 2016 to 2018 was $50,2 million.

The command agriculture contracts were entered into by government and Sakunda Holdings.

The programme included farmers receiving seed, fertilizer and chemicals, with the proviso that they would sell part of their crop to the State as repayment.

On the question regarding the amount of money borrowed and from where, during the same period of January and August 2018, Ncube said the total borrowed during that period in terms of the Reserve Bank overdraft facility was $929,09 million and the amount borrowed by the central bank directly was $55,96 million, while other loans amounted to $174,17 million.

“The total Treasury Bills issued for the period under review is $2,5 billion and was issued for budget financing, capitalisation of government institutions and for dealing with legacy
debts. The holders of these instruments are banks, insurance companies and pension funds,” he said.

“The split of that $2,5 billion in terms of budget financing is $343,39 million. It was used to deal with legacy debts of about $1,5 billion. Capitalisation and re-capitalisation of State institutions stood at $643,14 million, bringing the total to $2,5 billion.”

Ncube also revealed that central bank loans were $623 million, while loans from the private sector amounted to $188 million.