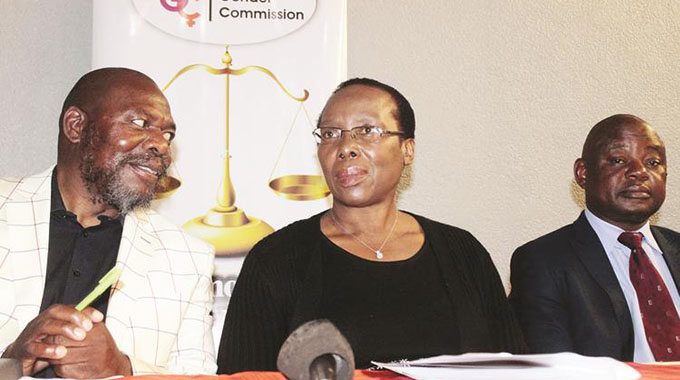 Andrew Muvishi Herald Reporter
The Zimbabwe Gender Commission (ZGC) yesterday expressed concern over attacks on female politicians in the country, which has manifested in many forms, including psychological violence.

A case in point being the attempted murder of MDC-T president Dr Thokozani Khupe by MDC Chamisa faction supporters at the burial of party founding president Mr Morgan Tsvangirai in Buhera in February; and the subsequent verbal abuse she was subjected to in her tussle for leadership of the party.

Speaking during the launch of Gender Observatory Mechanisms in Harare yesterday, ZGC chairperson Commissioner Margaret Mukahanana-Sangarwe said the acts of violence against women in politics were aimed at intimidating the democratic contestation of ideas and silencing the voices of women in politics.

Gender Observatory Mechanism is a way of gathering evidence and documenting women’s experiences throughout the electoral cycles.

It also responds to electoral violence against women before, during and after elections.

“Political power has remained largely beyond the reach of many women,” said Commissioner Mukahanana-Sangarwe.

“Through this collaborative effort, let us make efforts to contribute to the creation of an enabling electoral environment which will allow women’s participation in the best way possible.

“The ground work has been laid through many other efforts such as the 50-50 campaign, the 2018 launch of the Women’s Manifesto, commitments to a gender parity pledge, the creation of an elections committee within the police.”

“These independent commissions share a common purpose in contributing towards a democratic Zimbabwean society and particularly through the Gender Observatory mechanism,” she said.