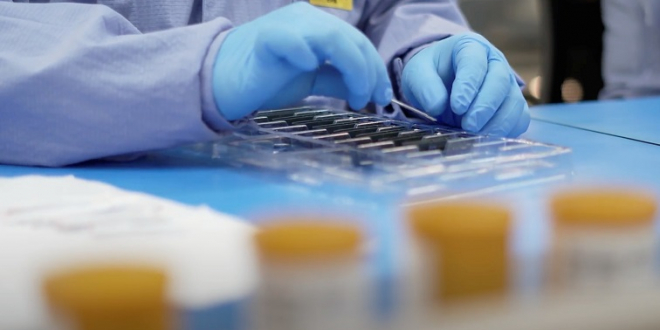 The United Nations Office for the Co-ordination of Humanitarian Affairs (OCHA) has urged the public to comply with measures being put in place by authorities to mitigate the impact of the tropical Cyclone Chalane.

In a statement yesterday, OCHA said it was working closely with authorities and other stakeholders in the Southern Africa region to ensure public safety.

This came amid reports that some of the affected villagers in Chimanimani district were refusing to be evacuated to safer areas fearing they could lose their belongings.

“There is prepositioning of supplies, deployment of personnel, pre-emptive evacuation of at-risk communities to identified evacuation centres and deployment of sub-aqua units for potential search and rescue operations,” OCHA said.

”Humanitarian partners have consolidated information on available stocks and personnel to support assessments and response if and when requested, while donors, including the United Kingdom, are identifying resources available for early action.”

Cyclone Chalane as likened to Cyclone Idai of 2019 if not properly managed was expected to leave disastrous effects in its wake with more than a million households, properties and lives lost although weather experts say it has significantly weakened with a couple of days of the phenomenon remaining.

Other countries such as In Mozambique, the National Institute for Disaster Management (INGC) and humanitarian partners have begun to evaluate the first impacts of the storm with the Provincial Emergency Operations Centres undertaking rapid damage and needs assessments in the affected areas, with the support of humanitarian partners.

As of current, Tropical Storm Chalane has made a landfall in the district of Muanza, north of Beira City, in Mozambique’s Sofala province, in the early hours of December 30, with moderate rains and winds, according to Mozambique’s National Institute of Meteorology (INAM). Areas of Sofala province that were impacted by Chalane include Dondo, Beira City and Buzi, which were struck by Cyclone Idai in March 2019. Some damage has been reported, including in resettlement sites where people displaced by Cyclone Idai were staying in temporary shelters. According to the Zimbabwe Meteorological Services Department (MSD), the storm that has since tracked inland across central Mozambique, weakening to a tropical depression and has already arrived in Zimbabwe was likely to bring rains and thunderstorms across Zimbabwe, especially in Masvingo and Manicaland provinces, with localised heavy downpours of more than 50mm in 24 hours expected in some locations along the eastern highlands,

The Zimbabwe National Water Authority (ZINWA) has also informed of some disruptions in water supply in Masvingo and Manicaland provinces. As of current after crossing Zimbabwe, the Cyclone Chalane weather system could move towards Botswana and Namibia as a low pressure area, according to some predictions, including Meteo France.

While far weaker than Cyclone Idai, Tropical Storm Chalane is a salient reminder of the threat posed by the global climate crisis and reiterates the urgent need for collective action to reduce global warming. People in the areas impacted by this storm have contributed least to the climate crisis and yet they were living in its pathway.