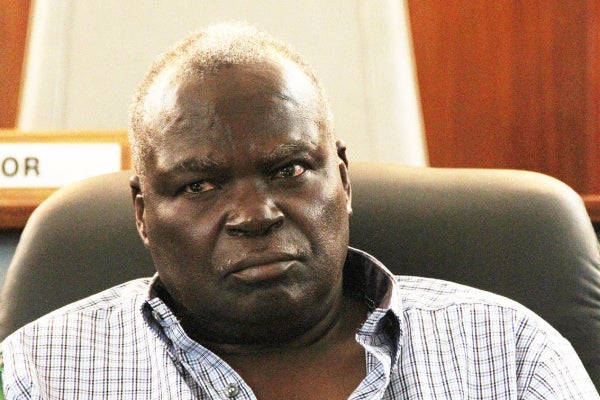 FINANCIAL mismanagement and corruption have left Binga council coffers in the red, an internal 2018 confidential audit report has revealed.
The report forms part of a document presented to Local Government minister July Moyo by the Zimbabwe Republic Police and highlights alleged malpractices by the council under the leadership of chief executive officer Joshua Muzamba.

According to the report, bank transfers amounting to $151 493,36 were not receipted or recorded in the council’s cashbook.

“Transfers or cash should be receipted and subsequently recorded in the cashbook as and when received, hence they risk having revenue which may be unaccounted for and bank reconciliation may not be balanced,” reads the report.

“Creditors including statutory obligations amounting to $438 388,66 were not honoured. Council should continue to make efforts to settle their debts and statutory deductions should be remitted timeously thus the council may face litigations from creditors.”

A council source, who spoke to Southern Eye on condition of anonymity, said the Muzamba-led council had been employing unprofessional individuals.

The audit report said council had no employment policy, a situation that facilitates nepotism, recruiting of under-qualified personnel and is subject to abuse by the CEO.

Council sources said the report showed that there were people who were employed whose documents were not in the RDC database. He also said the report revealed that most of the activities done were not recorded in the books of accounts.

“The audit report reveals that $151 493,36 transferred to the RDC bank account was never receipted or recorded in the cashbook, thereby raising fears of potential abuse of such funds.

Why and for what reasons would such amount of money fail to be entered in the organisation’s financial system? The RDC was said to have been owing creditors about $436 388,66 including statutory obligations such as Paye for the employees,” the source said.

Contacted for comment on Sunday, Muzamba advised Southern Eye to email questions to him. When called for feedback yesterday, Muzamba further asked this paper to email the same questions to his secretary. Further efforts to get a comment from him were fruitless and at the time of going to print he still had not responded to questions sent to him.