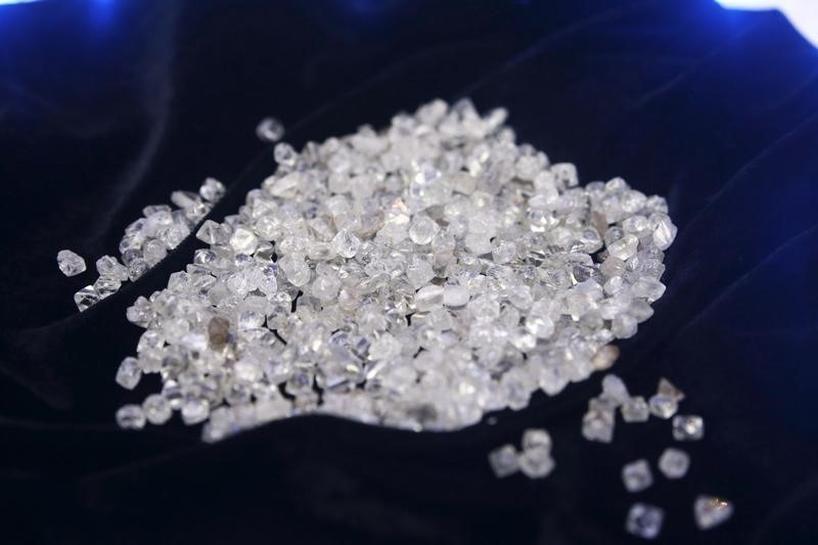 Wait a minute; the figures that are being bandied around regarding diamond production in Zimbabwe are not adding up.

The Chamber of Mines produced its commodity outlook for 2022 last February and, buried deep within the bowels of the seven-page document, are pretty confusing numbers.

The Chamber says the Zimbabwe Consolidated Diamond Company (ZCDC) produced 89% of the 4.2 million carats in 2021.

It also says 10% was generated by RZM Murowa.

That brings the two companies to 99% of the total diamond output for last year.

Curiously, the outlook does not tell us who produced the remaining 1%.

Quite puzzlingly, it doesn’t even mention Anjin in all this.

When it makes reference to Anjin, it’s only to project that the company is expected to produce 12 million carats by 2025.

Nor does it talk of the contributions that were made by Alrosa, the Russian company that edged out Vast Resources, a British outfit, under unclear circumstances.

Anjin came back to mine diamonds in 2020, after having been kicked out by the late ex-president, Robert Mugabe, in 2016 for stealing our diamonds.

Interestingly, Mugabe was pushed out of power a year later, possibly betraying the hidden anger of the Chinese government, which must have felt the former president had overstepped himself.

Indeed, in his last days, Mugabe was not hiding his disillusionment with China, seeing as it is the mega deals Beijing had promised Zimbabwe got lost on the high seas.

And, as deputy Mines minister Polite Kambamura said back then, the readmission of  Anjin—a 50-50 partnership between Matt Bronze that is linked to the local army and China’s Anhui Foreign Economic Construction—was one way of managing the public relations between China and Zimbabwe.

If you know, you know.

Here is the thing now.

By the end of 2021, Anjin had spent more than a year back in Marange.

That should have been enough time for the miner to have made significant production of diamonds.

Even if we were to attribute the mysterious 1% to Anjin, the math would always remain fishy.

Because, you see, there is no way in which Anjin would have made so little in such a long period

After all, there was hushed talk from 2020 that Anjin had already stockpiled massive amounts of diamonds.

It was said the Anjin vaults were overflowing, but the company could not sell because of Covid-19.

Add to that another naughty rumour that a late ex-cabinet minister with access to the Anjin vaults had got into trouble after clandestinely selling the diamonds to fund his own political agenda ahead of the 2023 elections.

The rumour was too tempting to snub, considering that this particular ex-minister—may his soul rest in eternal peace—had always been the front of almost all military commercial ventures in Zimbabwe, right from the time of the war in the DRC.

In other words, it is too unbelievable that Anjin could produce so little during the period under review, 2021.

This company had all the resources at hand.

When it returned from wherever it had gone after Mugabe kicked it out, Anjin, again quite mysteriously, grabbed the most lucrative diamond portal from ZCDC.

That’s Portal B, which was accounting for an annual average of 70% of ZCDC’s gem output and remained the most dominant of all the portals.

If Portal B was/is the most productive claim in Marange, how come Anjin is struggling to make meaningful production since its return?

That is, for argument’s sake, if we assume that Anjin is actually struggling as indicated in the Chamber of Mines’ commodity outlook.

But then, it’s always going to be a long throw to stick with that kind of assumption, which could then mean that Anjin has actually been making good harvests from Marange but is, somehow, keeping that a tightly wrapped secret.

It’s not too hard to come up with such a conspiracy theory.

Remember, Anjin is seen as having made the biggest haul from Marange between 2009 and 2016 when several miners were kicked out to make way for ZCDC.

If it’s indeed true that Anjin was a diamond robber as Mugabe thought, then you get forgiven for concluding that this company is not shedding its spots too quickly.

On a scale of one to 10, once a thief, most probably always a thief.

And the figures that we are seeing now don’t help the Anjin matter in any way.

Besides, it’s also difficult to believe that ZCDC can do better that Anjin. As already said, the richest claim went to Anjin, which is confusing right from the start.

How can a “private” company take away from a government entity, ZCDC, just like that?

ZCDC was already struggling from the time Anjin robbed it of Portal B.

It stopped producing in four concessions and gave up explorations in three other areas, with most of its production limited to Portal A in Marange and Portal E in Chimanimani.

There is need for transparency regarding diamond production by Anjin.

As it stands, hardly anything is being said about what that company is up to, so, naturally, we don’t know what’s happening there.

As ever, wherever there is opacity, corruption and impunity thrive.