Joseph Madzimure and Talent Chimutambgi
President Mnangagwa will set up a commission of inquiry into allegations of corruption levelled against ordinary citizens, senior ZANU-PF members and Government officials.

This follows the bold decision by the Zanu-PF Youth League to name people accused corruption in the country.

Speaking at a Press briefing after the 330th Ordinary Session of the Politburo in Harare yesterday, ZANU-PF Secretary for Information and Publicity Cde Simon Khaya Moyo said the President will set up a commission of inquiry to investigate the corruption allegations.

“The Press statement by the Zanu-PF national youth executive league on corruption allegations at a Press conference on Monday was debated by Politburo members extensively centring mainly on corruption.

“Several members of the Politburo made their observations and contributions. Whilst the Youth League may not have followed proper procedures in issuing their statement on Monday, there was urgent need to pronounce at all levels zero tolerance on corruption,” said Cde Khaya Moyo.

The Politburo, Cde Khaya Moyo said, discussed extensively on the need to call for zero tolerance on corruption which is bleeding the country’s economy.

“This cancerous malady called corruption must be eradicated once and for all. Appropriate measures must be taken to clean the party and the nation at large on corruption. This, of course, includes Government and the private sector,” he added. 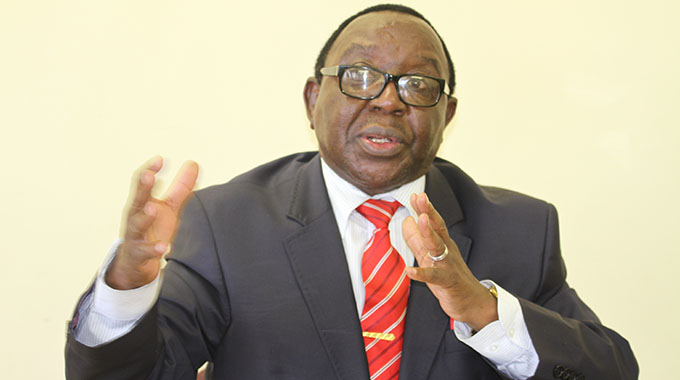 “His Excellency and First Secretary of the party, President Mnangagwa, in view of this development will institute a commission of inquiry to investigate the allegations presented by the Youth League. This was unanimously endorsed by the Politburo,” said Cde Khaya Moyo.

He added that the Youth League apologised to the Politburo for not following party procedures.

“We did emphasise also that as a party we have a constitution and the Youth League must learn to follow procedure. The President is setting up a commission of inquiry who will investigate all the issues which were raised by the Youth League,” he said.

However, party bigwigs accused of corruption will continue reporting for duty while instigations are being carried.

Meanwhile, war veterans have thrown their weight behind the Zanu-PF Youth League in the fight against corruption.

Addressing journalists, ZNLWVA Mashonaland West province chairperson Cde Cornelius Muwoni said; “The stance by the youths is that anyone alleged to be associated with any corrupt activity within the ruling party should clear his or her name first and do the most honourable thing by vacating office until his or her name is cleared.

“His Excellency the President of the Republic of Zimbabwe Cde ED Mnangagwa has made several warnings and it seems all is falling on deaf ears.

“We cannot leave His Excellency fighting this battle alone. We are in full support of all efforts being made to fight the scourge.”

He said youths should not be threatened for exposing the allegedly corrupt members.