COTTON farmers have welcomed the decision by Government for Cottco to pay them 75-percent of their total sales in United State dollars.

The remainder will be instantly paid in Zimbabwe dollars at prevailing interbank upon delivery of the crop at any Cottco buying point.

The decision by Government to pay cotton farmers in forex was announced by Lands, Agriculture, Water, Fisheries and Rural Development Minister, Dr Anxious Masuka yesterday at Bertrice Farm in Makonde constituency during an event to honour top three outstanding national cotton farmers for the 2020-2021 season. 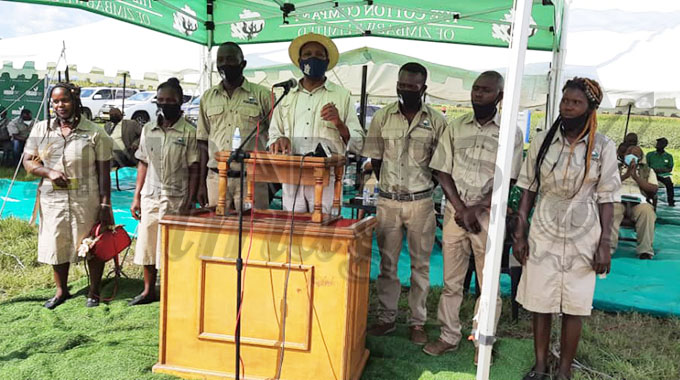 Minister Masuka with the winners

All the three are from Makonde, Mashonaland West province with outstanding winner Mr Peter Mhlauri of Goldenview Farm receiving a 75-horsepower tractor, plough and trailer valued at US$45 000 after producing 107 bales of cotton from an eight-hectare portion.

The three said payment of farmers in forex was going to see a rebound of the cotton industry.