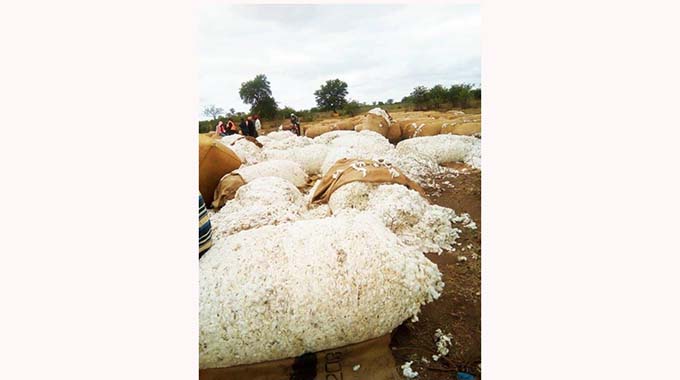 Business Reporter
Local private cotton firm, ETG Parrogate, last week allegedly took the law in its own hands after it went on a rampage and unpacked Cottco’s bales at buying points in Checheche, Manicaland Province, claiming the crop was wrapped in their woolpacks.

This left cotton worth hundreds of thousands of dollars exposed to harsh weather conditions that could damage it in the process, resulting in Government efforts to resuscitate the sector going into the drain.

It is understood that Parrogate officials in Checheche besieged some buying points and emptied cotton bales that had been delivered by farmers, exposing the commodity to weather conditions that could affect its quality.

Cottco, a State-owned company is administering the Presidential Inputs Scheme aimed at resuscitating the industry and the latest development, insiders say is a major drawback.

Sources told The Herald Business that the woolpacks, which Parrogate claimed to own were sold to Cottco this year. Cottco also bought some packs from Olam and Romsdal.

“In light of foreign currency shortages, Cottco bought about 60 000 woolpacks from ETG,” said one source.

“Some of the packs are labelled ETG and some are labelled Cargill because they (ETG) bought from Cargill when it closed operations around 2014. The acquisition of the packs was communicated to the Agriculture and Marketing Authority to avoid confusion at the buying points. Now Parrogate is sending its officials; unpacking cotton claiming that Cottco had given its farmers their woolpacks.

“Interestingly, they cannot even explain how Cottco got the woolpacks. It is now suspected that Parrogate might have distributed woolpacks to farmers contracted by Cottco to entice them into side marketing, who seem to have resisted.

“Now a significant tonnage of cotton has been left exposed to conditions that may result in contamination of the crop. Naturally such dispute are supposed to be resolved by the regulator but they have decided to take the law in its own hands.”

Efforts to get a comment from AMA proved fruitless by the time of going to print yesterday.

Parrogate official Jonas Chindanya, was not available as his mobile phone was not reachable.

Munyaradzi Chikasha, Cottco area manager for the Lowveld, where Checheche falls under did not responded to questions e-mailed to him by the time of going to press.

This year, it entered into a toll manufacturing agreement with Cottco where it is processing raw cotton on behalf of Cottco.