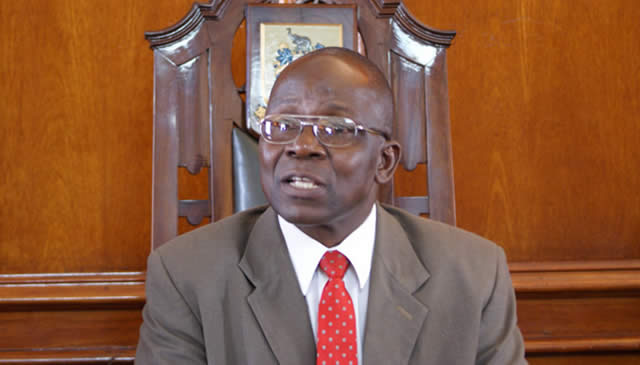 Vusumuzi Dube, Municipal Reporter
THE Bulawayo City Council has reportedly been frustrating the commencement of a multi-million dollar waste-to-energy deal with attempts to reverse a 2016 decision awarding the investment being quashed last Wednesday.

In 2016, council had the initial agreement with United Kingdom-registered firm; Pragma Leaf Consulting which would have seen the company building a $68 million waste-to-energy plant expected to produce 110 000 litres of bio-diesel and 2,2 megawatts of electricity in the city.

However, the project has had a number of false starts despite the company having already purchased land for setting up a conversion of waste-to-energy plant in December 2014. Last Wednesday councillors, during a full council meeting, had to intervene and block further attempts to delay the commencement of the project, after an item had been brought to council calling for the rescinding of the original resolution giving the go ahead for the establishment of the plant.

Bulawayo Mayor Councillor Martin Moyo said while he could not give the full details on the deal as councillors they felt there was nothing stopping Pragma Leaf from commencing work.

“This whole issue started with the Government passing a Statutory Instrument on unsolicited bids resulting in a bit of confusion whether this affects the Pragma Leaf investment proposal. However, through consultations it was agreed that the proposal was received long before the Statutory Instrument was passed. The eventual decision was that the company should continue with work and establish their waste-to-energy plant. Actually I believe the sooner they start work the better because it means job creation for our unemployed youths,” said Clr Moyo.

According to the latest council report, some council officials felt the project had to be overturned as it had to be a joint venture facility which by law the local authority had to inform the Ministry of Local Government, Public Works and National Housing.

This was disputed by councillors as waste-to-energy was not the core business of council and further council was not going to channel any funds into the project.

“Over and above the submission of a proposal, Pragma Leaf Consulting had applied for and was allocated a piece of land in Westondale for setting up a conversion of waste-to-energy plant in December 2014. Considering that the business prospectus was designed to entice investment into the city, this massive project worth more than US$68 million with a potential of generating more than 2000 jobs for the local community should be embraced.

Impeccable council sources revealed that councillors had agreed that there was no need to further delay the project noting that it was not only going to benefit the city but the nation as a whole.

“The problem is that most of these projects end up dying natural deaths because of bureaucratic frustrations. What is clear is that this is a straight forward investment project, which we must embrace before the investor gives up on us. Further this project comes at a time when President Mnangagwa is emphasising that Zimbabwe is open for business, who are we then to block such an investment,” said the source.

The envisaged project would convert waste to energy and distil diesel, which council would have first option to purchase at $2 per gallon or 50 cents per litre. The project, which requires between 12 months and 18 months lead time to complete upon signing the lease agreement, would also see by-products such as slag being used for the manufacture of concrete blocks or on road construction. While BCC also proposed a land rental of $40 000 per annum and requested the investor to submit contract documents for signing, the investor requires a waste lease of 25 to 30 years.