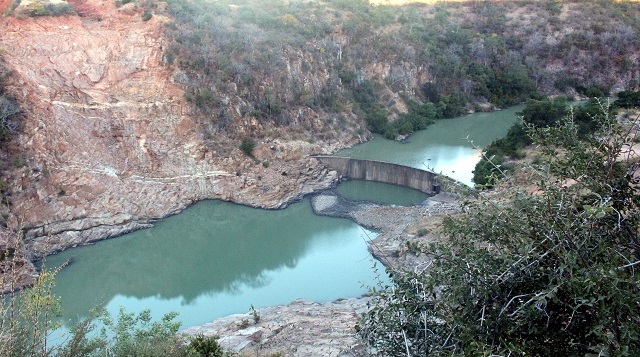 Tinomuda Chakanyuka, Senior Reporter
WORK on the construction of the Gwayi-Shangani Dam is now at 27 percent following the completion of the placement of the concrete slab on the river bed last month, an official has said.

In a statement on Friday, Mr Shoriwa said after the completion of the concrete slab placement, work on the construction of the dam wall was set to begin.

Mr Shoriwa said the target was to complete 50 percent of the construction work before the onset of the rainy season.

“Construction work on the Gwayi-Shangani Dam remains on course with the dam now 27 percent complete. The placement of concrete on the river bed, which had been suspended due to the river flows during the rainy season, was completed on June 24, 2018 after resuming in May 2018 when the river stopped following. With the placement of concrete on the river bed now complete, work on the construction of the dam wall will now follow, with the target being to get to 50 percent completion before the onset of the rains later in the year,” he said.

Placement of the concrete slab on the river bed started on 20 October last year, but rain forced the water authority to revise its target. Mr Shoriwa said other related works such as the crushing of more concrete and the marking of the dam’s high flood level points were also ongoing.

The Gwayi-Shangani Dam will have a capacity of 635 million cubic metres of water and will enhance irrigation in Matabeleland North. Upon completion, Gwayi-Shangani will become the country’s third largest inland water body after Tokwe-Mukosi and Lake Mutirikwi.

Completion of the Gwayi-Shangani dam, a critical component of the National Matabeleland Zambezi Water Project, would be a significant step in finding a lasting solution to Bulawayo’s water constraints.

“The dam is a critical component of the National Matabeleland Zambezi Water Project, which is considered the long term solution for Bulawayo’s water challenges.

The National Matabeleland Zambezi Water Project consists of the dam and pipeline to Bulawayo with an envisaged green belt being established 40 kilometres on either sides of the pipeline,” said Mr Shoriwa.

Gwayi-Shangani dam is expected to have the capacity to generate up to six megawatts of electricity to help ease the country’s power importation burden.

The dam is also expected to unlock critical socio-economic development for Matabeleland North through the supply of irrigation water for surrounding communities.

The completion of Gwayi-Shangani Dam, part of the Matabeleland Zambezi Water Project, a project mooted in 1912, is among some of the Government’s key national projects.