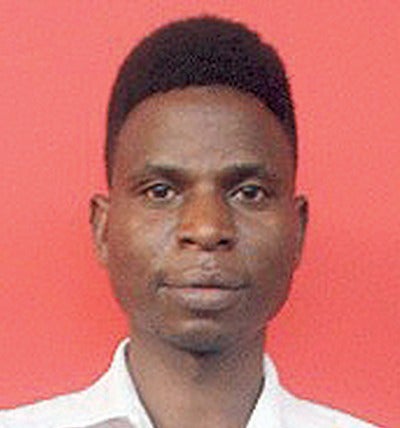 ZIMBABWE is burning while the central government dithers. For the second time in less than a decade residents in urban areas are feeling the effects of murky local government administration as President Emmerson Mnangagwa’s administration drags its feet on implementing the letter and spirit of devolution as contained in the new Constitution adopted in 2013.

As the country continues to burn, companies are closing, colleges are churning out half-baked students and more worryingly local authorities are failing to deliver basic services, throwing the lives of more than three million people who reside in urban areas at risky.

Last week, the Harare City Council announced that it was temporarily shutting down the city’s sole water treatment plant, Morton Jaffray Waterworks, due to lack of foreign currency to procure water treatment chemicals, leaving the city dry and raising the risk of water-borne diseases. Even though the crisis eased a little later in the week, the situation remains desperate.

In 2008, the southern African nation suffered its worst cholera outbreak in recent history, which resulted in at least 4 288 people dying of cholera. And last year, another cholera bout struck Harare, killing at least 55.

The crisis in Harare is not isolated. Gweru, the country’s fourth largest municipality, last week also faced a typhoid outbreak. Typhoid is caused by the bacterium which is spread through ingesting contaminated food or water. Just like any other town in Zimbabwe, Gweru is facing chronic water shortages attributed to ageing infrastructure and a tight water rationing schedule.

After food, fuel, medicine, foreign currency and electricity, residents are now being forced to add running water to its list of basics that are in short supply. In all this madness, the Zanu PF government blames the MDC for poor service delivery in urban areas.

But a closer look at the power dynamics points to the contrary. Having an appreciation of the political power matrix in municipalities can shine a light in understanding the rot in local authorities.

Electioneering and politicking by Zanu PF has invariably contaminated service delivery in local authorities. The July 2013 debts write-off was a grand gimmick at the behest of then Local Government minister Ignatious Chombo, which had absolutely no regard for the impact on councils.

Six years down the line, local authorities have not recovered from Chombo’s absurd moment of madness. How can Harare City Council provide quality services when the local authority requires about $40 million per month for water chemicals, but is collecting a paltry $15 million in monthly revenue? Councils are losing potential revenue as the debt write-off mentality is still making ratepayers reluctant to pay.

Land barons, with the blessing of Zanu PF, have been wreaking havoc in urban centres by creating parallel land authorities. Ruling party apparatchiks such as Chitungwiza’s Fredrick Mabamba would allocate people residential stands on wetlands, on land straddling sewer pipes, below electricity pylons as well as at sites meant for schools, clinics and recreational facilities.
Resultantly, several home-seekers were swindled of their hard-earned cash and councils in turn lost potential revenue. Residents are now being forced to grapple with water shortages as wetlands and water sources, dry up.

A look at the Urban Councils Act (Chapter 29:15) shows that the Local Government minister wields so much power, which he can abuse. Although minister July Moyo is somehow restrained in exercising power, his predecessors — Chombo and Saviour Kasukuwere’s combative and vindictive approach to local governance issues left a lasting mark on all local authorities.

The selection and appointment of town clerks was perpetually marred in controversy. The post is usually given to Zanu PF appendages.

Chitungwiza councillors, until recently, had the scary task of navigating the council ship in troubled waters being sandwiched by a Zanu PF minister and a ruling party deployee in the form of George Makunde as town clerk.

Makunde, who is Zanu PF Mashonaland Central secretary for administration, was recently suspended for gross incompetence and throwing spanners in council business. The improvement of service delivery and success or failure is the responsibility of councillors and management in implementing council resolutions and policies. This could be the reason why in South Africa, a political party that controls a municipal authority automatically appoints a city manager (equivalent of a town clerk).

Section 47(3) of the Urban Council Act says: “On assumption of duty, a councillor shall take and subscribe before the town clerk of the council such oath of loyalty and office as may be prescribed.”

Such an arrangement compromises councillors as this will create an impression that an elected councillor is junior to a town clerk (a council employee). It would be better if such an oath is taken before a designated judicial officer.

Poor service delivery in local authorities has been apportioned on the MDC which controls all major cities and towns. The term “MDC-led” is without doubt a very theoretical term when it comes to local governance systems as the mayorship is a ceremonial post whereas town clerks, who are appointed by the ministry — through the Local Government Board — retain executive powers.

The Urban Council Act created a misnomer, relegating mayors to be non-executive officers, but without doubt, the man with the most difficult job, but is supposed to be part-time. It is asking too much to expect a mayor who chairs one full council meeting per month to account to the electorate.

At some point Zimbabwe had executive mayors, but reverted back to the ceremonial mayor system with town clerks retaining undiluted authority as council chief executives. Harare effectively went to the dogs in 2004 when then executive mayor Elias Mudzuri was haunted out of Town House and replaced by a caretaker commission led by Sekesai Makwavarara.

There is also need to streamline local governance systems through aligning laws with Chapter 14 of the new Constitution, especially on implementing devolution. This is critical in transferring responsibilities and resources from central government, by establishing a sound financial base for each provincial and metropolitan council and local authority.

It is also imperative that Parliament should urgently amend or repeal the current Urban Councils Act and replace it with new legislation that captures the spirit and letter of the new Constitution.