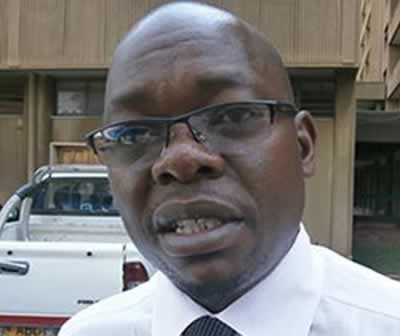 Local authorities have indicated that they are running out of water treatment chemicals, with suppliers unable to deliver because of the lockdown meant to curb the spread of coronavirus.

President Emmerson Mnangagwa put the country under lockdown on March 30 and it is scheduled to continue until mid-month, although he relaxed the regulations to allow businesses to resume operations last Friday.

He stressed that the situation was so dire such that local authorities like Gweru City Council, which he heads, had been left with water treatment chemicals to cover the next four days, but did not have money to purchase new supplies.

“I don’t have the comprehensive report yet, but most local authorities are running out of water treatment chemicals and their revenue streams were affected by the lockdown. Government has not availed any support,” he said.

“In Gweru, we are left with only four days of water chemicals for the city. We did not collect much revenue for March and April. The company that supplies us needs cash upfront. We also owe them money for supply for last month. We need about $2 million to get supplies for this month, yet we collected about $800 000 so far.”
Officials from Harare, Bulawayo and Mutare municipalities yesterday told NewsDay that they were also facing similar problems.
Bulawayo town clerk Christopher Dube appealed for government support.

“The situation might vary from one local authority to another, but revenue collection is a nightmare for all local authorities, making service delivery almost impossible. We need government intervention in the form of budget support,” he said.

Harare City Council spokesperson Michael Chideme revealed that the local authority was owed over a billion dollars by residents and companies, a situation which he said had worsened current efforts to cater for service delivery needs like buying water treatment chemicals.

“We are no different from other councils. We are doing hand to mouth. We are owed over a billion (dollars). The lockdown has crippled our capacity to collect revenue to fund service delivery,” he said.

By January this year, Harare was already struggling and it owed its water treatment chemicals supplier, Chemplex Corporation, US$78 million.

The council was then jolted by Local Government minister July Moyo to settle for a payment plan after the firm officially complained to government.

“Since the national lockdown, our revenue collection has declined significantly. We are now collecting 10% of our capacity and we cannot commit beyond our capacity, mindful of the fact that the current collections cannot even cover costs,” Mutiwi said.

“Since the national lockdown, revenue collection took a sharp nosedive from a projected $1,3 million per day to $180 000 per day. With the new budget figures, our targeted collection of $25 million per month could not be met and we have, this month, collected above $4 million.”

He said the local authority had since paid all employees half salaries to cushion them and ensure that they have a starting point in May and that council had channelled resources to critical areas.