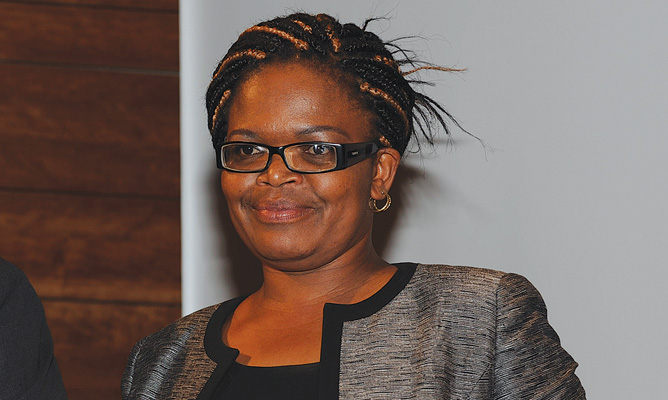 Nduna ruled that Mtetwa scandalised the court by posting a message on her alleged Facebook account purporting that Chin’ono was abducted.Mtetwa had sought to file a fresh bail application for Chin’ono before the State countered by an application for her removal.

The State also blocked Chin’ono from revealing evidence of his abuse at remand prison.In his ruling, Nduna said the picture of Chin’ono being abducted portrayed the justice system as biased and the world was invited to an outrage over abuse of human rights.

“The alleged abduction was first published by the Zimbabwe Lawyers for Human Rights which styled it as abduction. The picture portrayed a biased justice system and the world was invited to an outrage over abuse of human rights,” Nduna said.

“The Facebook page @Beatrice Mtetwa and The Rule of Law scandalised the check on courts and undermined public confidence in the courts. The State submitted that the posts showed that Mtetwa was the author and owner of the Facebook page. Mtetwa aligned herself to her client’s case, thereby fell off the rail of being professional.”
He said it was illegal to step in the shoes of her client and share feelings, adding that the coming of the Facebook page carrying her name into existence and the publication of the posts showed she authorised it.

Mtetwa has denied being the owner of the Facebook page saying it was administered in the United States by one Lorie Conway to market her professional work.
“She can’t put all the blame on Lorrie Conway who is that Facebook page administrator and wash her hands as Pontius Pilate in the Bible. The letters written by Mtetwa to the courts also showed her desperation and her direct interests in the case,” Nduna said.

Nduna then ordered Mtetwa to be recused as Chin’ono’s lawyer and instructed Prosecutor-General Kumbirai Hodzi to hold her in contempt of court over her letter to the courts and her alleged Facebook page posts.

He also urged Hodzi to submit the ruling to the Law Society of Zimbabwe for them to withdraw her practising licence.The State has been trying at all costs to intimidate Mtetwa and stop her from representing Chin’ono.

Last week while she was representing Chin’ono in court, police in riot gear besieged her office in Harare in a show of force in what observers said was meant to intimidate her from handling the case.

After the ruling, Mtetwa said the State and the court had stifled an accused person’s right to be represented by a lawyer of choice which is one of the most fundamental rights in a democratic society.

She further said it was not a coincidence that Nduna delivered such a ruling that she be prosecuted because of the interferences, adding she would challenge Nduna’s ruling.

“I think all of you heard this from the beginning of the year, that we will deal with the lawyers and the doctors and as you can see they have started dealing with the lawyers. For me in doing what they are doing, it will obviously have a chilling effect for other lawyers. Their intention is to stop us from defending our clients as lawyers,” she said.

“However, we are going to challenge the ruling because we don’t agree to it at all. The right to legal representation has been curtailed by the courts who are supposed to be expanding that right. I am just banned from representing Hopewell Chin’ono, but if anyone of you is in need of my services I am available.”
Taona Nyamakura from the Zimbabwe Lawyers for Human Rights took over as Chin’ono’s lead counsel.