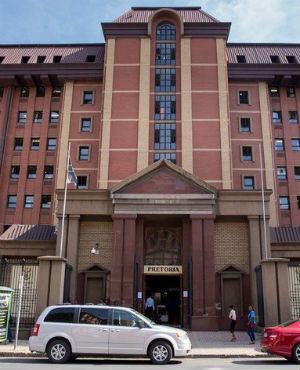 Pretoria – On Wednesday, parents of eight Zimbabwean children filed an urgent application in the North Gauteng High Court in Pretoria for an interdict to stop the Minister of Social Development and the Minister of Home Affairs from repatriating their children to Zimbabwe. The parents are in Cape Town.

Lumka Oliphant, spokesperson for the Department of Social Development, would only comment that the court first wants the report of the independent family advocate it had previously ordered, before deciding on what is in the children’s best interests.

The court did not grant the interdict and has postponed the matter to Friday March 2, according to a GroundUp report.

The department has stated that it intends to fly the children to Harare International Airport on March 6.

Advocate Simba Chitando, acting for the parents, argued that this would be unlawful and not in the best interests of the children.

The children, aged between two and 12, are being held by the Department of Social Development at an undisclosed location and parental contact has been denied.

The children were taken into custody more than three months ago, in November, after they were discovered in a truck. They were travelling to Cape Town to be with their parents.

The parent of the 12-year-old child told GroundUp that the parents were never consulted on the repatriation process.

They do not know what will happen to the children when they arrive back in Zimbabwe.

Chitando said the Minister of Social Development had not filed anything in court that indicates the reasons for detaining the Zimbabwean children.

There was only a press statement that said children were detained pursuant to the Trafficking Act.

“The immediate reunification with the biological parents, based in Cape Town, is in the best interests of the children. … According to Section 31 (1) (a) of the Trafficking Act, the director general of home affairs and social development may not repatriate a foreign child who is a victim of trafficking without due consideration into the best interests of the child,” Chitando argued in court papers.

He said there could never be any suitable arrangement for the care of an infant in Harare that is better than care by the biological parent in Cape Town.

All the parents have stated in papers that they are capable of going to Rustenburg to collect their children and to take them to Zimbabwe themselves.

Chitando characterised the planned repatriation as “a slap dash attempt at getting rid of their [home affairs and social development] burdens and obligations to guarantee the safety of the children”.

In heads of argument, Chitando states that “the callous way that the biological parents have been kept in the dark, without forthcoming explanation … has left them to assume they have been stripped of their parental rights”.

The departments had taken the children through the Children’s Court to suspend parental rights without notifying the parents. He said those proceedings are likely to be set aside.

The Department of Social Services had only acknowledged receipt of the parent’s court papers in a press statement and expressed displeasure with the allegations in the papers, but it had not filed any opposing papers.