Court ruling pulls the rug out from under Zimbabwe’s opposition

The Zimbabwean electorate now has no viable alternative that can be trusted with constitutionalism and rule of law.  By Ringisai Chikohomero.

Source: Court ruling pulls the rug out from under Zimbabwe’s opposition – Daily Maverick 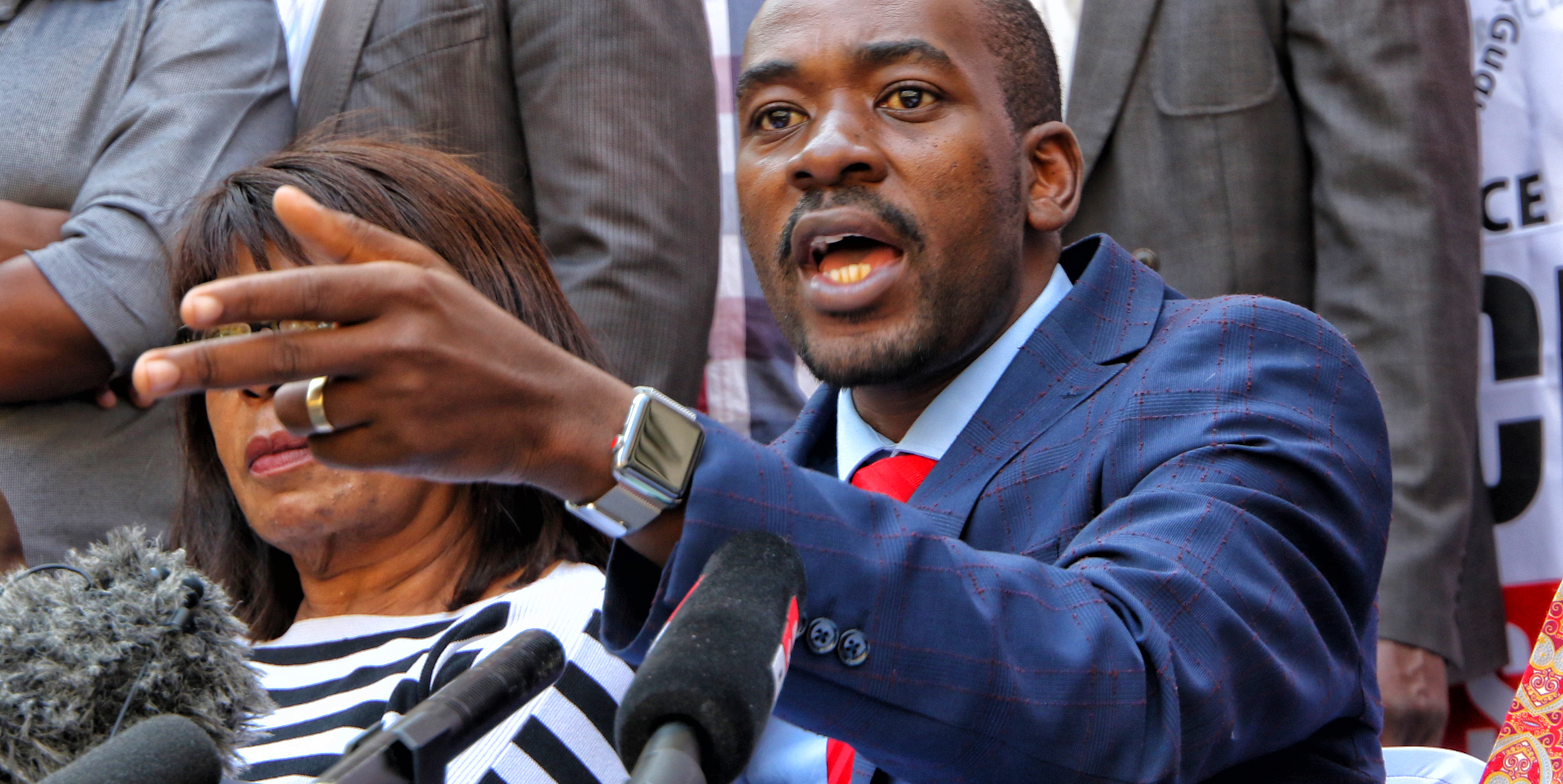 Zimbabwe’s recent Supreme Court ruling that effectively stripped opposition leader Nelson Chamisa of his claim over the main faction of the Movement for Democratic Change (MDC) is bringing the party closer to the brink of implosion. The decision has grave implications for the opposition and for potential political dialogue in Zimbabwe.

In a country where national institutions – including the judiciary – are perceived to be conflated with ruling party interests, many in the opposition’s rank and file see the Zimbabwe African National Union – Patriotic Front (Zanu-PF) as being behind this ruling, which pulls the rug out from beneath Chamisa’s feet.

With a limping Chamisa, there is effectively no opposition to talk about as most other candidates who contested the 2018 elections have been co-opted into the Political Actors Dialogue. This platform was created by President Emmerson Mnangagwa, but rejected by Chamisa.

The Supreme Court issued a ruling on 31 March 2020 – a day after the 21-day national lockdown to slow the spread of Covid-19 began. The decision went the way of former MDC deputy president Thokozani Khupe. Chamisa led the MDC-Alliance, a grouping of opposition factions, in the 2018 elections and was beaten by Mnangagwa who escaped a run-off by a whisker. Khupe led a smaller faction and got just over 45,500 votes.

The ruling has further fractured the opposition, casting doubt over its credibility as an alternative to Zanu-PF. It is unfathomable that Khupe, who couldn’t garner even 50,000 votes in the 2018 elections, has any political clout and can rally Zimbabweans against Zanu-PF. Meanwhile, the MDC-Alliance maintains it is unmoved by the court ruling and Chamisa has so far been conspicuous by his silence.

The wrangling over who should lead the party ensued after MDC founder Morgan Tsvangirai died in February 2018. Just before his death, Tsvangirai controversially appointed two vice presidents, Chamisa and Elias Mudzuri, in addition to Khupe who was elected to this position during the party’s 2014 congress.

The move was viewed as political exigency to balance out factional succession fights within the MDC-T, the main MDC grouping led by Tsvangirai at the time. It also sowed the seeds of the party’s split. Even the most loyal MDC-T supporters have been at pains to explain the constitutionality of Tsvangirai’s last-minute decision to appoint Chamisa and Madzuri.

The political imperatives for the move were clear, however. In his 2018 New Year’s address to the nation, Tsvangirai revealed his desire to have the party’s young people take up more positions of responsibility and define the course of the party.

This was a strategic move to counter Zanu-PF, which is perceived to be a party of the old with nothing to offer the youth. Khupe, while seen as hardworking and politically mature, lacked the charisma required to give the MDC a chance in presidential elections. It’s a pity Tsvangirai didn’t trust his party’s democratic processes to make the right choice.

With Tsvangirai’s death, all three vice presidents wasted no time trying to secure the prime position, with Chamisa emerging ahead of the pack. In March 2018, the party split again and the MDC, then under Chamisa, merged with other formations to form the MDC-Alliance. Khupe kept the MDC-T label and contested the presidential elections.

Succession in politics is often less about legalities than political strategy. Tsvangirai’s death robbed the opposition of its best asset. In his absence, the party and the alliance had to be strategic regarding who leads the opposition’s charge forward.

The mood in the country was not only for leadership renewal but generational change, and Chamisa, 42, now represented that youthful front. Even the creation of the G40, a group of emerging young leaders in Zanu-PF in Robert Mugabe’s last few years, speaks to this growing appetite. Without Tsvangirai at the helm, the trump card from a strategic point of view became the generational consensus against the seemingly renewed Zanu-PF.

One of the MDC’s main weaknesses has been its eclectic nature. There are clearly limits to how long people will stay in an opposition party that is a conglomeration of diverse interests, and maintain a cohesive hold over its affairs in the face of repression.

The conflict between Chamisa and Khupe has played out more in the realms of ambition, entitlement and populism than the greater national good and the MDC-T’s founding values. The two protagonists find themselves trapped in their own realities.

Khupe felt constitutionally entitled and as such could not be convinced to be politically pragmatic. Chamisa was emboldened by the surge in the generational consensus drive and the perception of being anointed by the late Tsvangirai. Thus there were no strong incentives on either side to find common ground and focus on the electorate.

While Khupe celebrates the court victory, she has lost in the political game of numbers. The ruling is unlikely to give her any political mileage. At the same time, Chamisa and the main opposition have been exposed to be hypocrites paying lip service to democracy and constitutionalism while disregarding their own constitution and using Zanu-PF tactics in succession.

Chamisa’s comeback has to be strategic, and he must rebrand himself. He need not feel tied to the MDC, but should rather proffer a real alternative to the controversy and murkiness of MDC politics.

In all this, the struggling Zimbabwean is the clear loser. The electorate is left with no viable alternative that can be trusted to walk the talk when it comes to principles, constitutionalism and rule of law.

Covid-19 restrictions, including an extended lockdown, have robbed the opposition of any chance of staging a mass response through demonstrations or marches in solidarity with their leader. And Chamisa’s silence on the court ruling so far has left his followers in disarray. DM