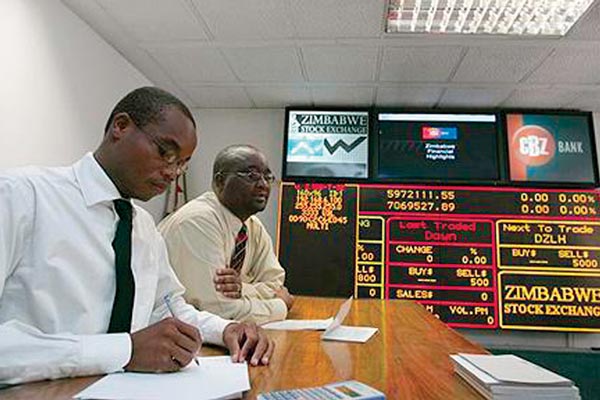 THE Zimbabwe Stock Exchange-listed Rainbow Tourism Group (RTG) says closure of its hotels this month to contain the spread of coronavirus will reduce its annual revenue generation by at least 6%.

In its financial statement for the full year ended December 2019, the company said the board would, however, quantify the total impact of the coronavirus pandemic on its wholesome operations.

“The group in response temporarily closed down all of its hotels during the lockdown period. The closure will have a significant impact on the group’s month of April 2020 revenues, which traditionally accounts for 6% of total annual revenues. The group is yet to quantify the total impact of the COVID-19 pandemic on its operations. The board is optimistic that the business will significantly recover once the pandemic is under control,” RTG chairman Arthur Manase said.

Zimbabwe is today on day 11 of the 21-day lockdown pronounced by authorities to stem the spread of the virus.
The government has also announced a number of measures to protect its citizens, which include banning entertainment centres, pubs, gathering of more than 50 people for a period of up to 60 days.

The group invested $42 million (approximately US$6,2 million) into hotel refurbishment during the first quarter of 2019, which saw the Bulawayo Rainbow Hotel being temporarily closed in an exercise which involved the upgrade of bathrooms, full replacement of the hot and cold water reticulation system, replacement of exterior windows, upgrade of soft furnishings in rooms and the replacement of guest elevators.

“At the Rainbow Towers Hotel, the company has undertaken a rebuilding exercise involving the gutting down and reconstruction of the entire guest rooms and bathrooms for 187 rooms. It is pleasing to note that the Rainbow Towers refurbishment exercise was completed within two months, which is a very short period given the nature of the work. Going forward, the group will continue with the refurbishment exercise to complete the process of making all the hotels world leading,” Manase said.

The group’s occupancy closed at 47%, 23% below 61% recorded in 2018 due to the closure of Bulawayo Rainbow Hotel between January and February 2019 and Rainbow Towers Hotel from mid-December 2019 for refurbishments.
The closures led to a loss of 12 100 rooms (4% occupancy). On a like-for-like basis, occupancy closed at 51% above the national average occupancies of 41% reported by the Zimbabwe Tourism Authority (ZTA Q3 2019 report).

Listed companies are now using IAS 29 “Financial reporting in hyperinflationary economies” from financial year end on or after July 1, 2019 after the Public Accountants and Auditors Board recommended that the environment in the country was ripe to use the standard.

The promulgation of the new standard necessitated by a shift in use of currency from multi-currency to the inflation-prone Zimbabwe dollar in July last year sought to bring fairness when reporting on two different periods.

Inflation-adjusted profit-after-tax for the year closed at $237 million from $40,8 million recorded prior year.

Historical growth was $52 million from $5 million.

On legacy matters, the group finally recovered US$1,9 million owed by Capital Bank (then Renaissance Merchant Bank). The recovery was in the form of 3,6% of the issued shares in First Mutual Holdings Limited.