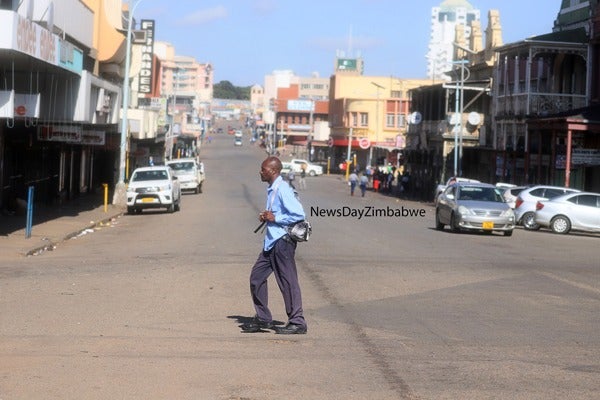 Zimbabwe’s nationwide lockdown will likely hit hard livelihoods and markets for both rural and urban households, a leading provider of information and analysis on food insecurity has said.

The 21-day nationwide lockdown, which started last Monday, came as a measure to arrest the spread of the virulent coronavirus, with the country so far having recorded 11 confirmed positive cases and two deaths.

“This lockdown restricts the normal movement of people, goods, and services, including a ban on some public transportation and closure of borders to non-essential travel. However, the restrictions exempt critical producers and services, including humanitarian assistance distributions,” the Famine Early Warning Systems Network (FEWSNET) said in its latest update.

“These measures, aimed at limiting the spread of the virus, are likely to have direct and indirect impacts on livelihoods and markets for both rural and urban households, specifically in southern areas where poor households rely heavily on remittances and informal imports from South Africa.”

“COVID-19 will make it even harder to balance the policies needed to restore macro-economic stability with those to address urgent social needs. Zimbabwe is experiencing economic and humanitarian crises,” IMF said.

“Macro-economic stability remains a challenge: the economy contracted sharply in 2019, amplified by climate shocks that have crippled agriculture and electricity generation; the newly introduced ZWL [Zimbabwe dollar] has lost most of its value; inflation is very high; and international reserves are very low.”

The macro-economic instability stems from the continued devaluation of the Zimdollar that has brought hyperinflation back into the economy.
“In March, ZimStat [Zimbabwe National Statistics Agency] reported annual inflation for February at slightly over 540 percent; however, some independent sources report annual inflation above 1 000%. The local currency devalued significantly in March as the official interbank rate fell by almost 30% and the parallel market rates nearly doubled compared to February,” FEWSNET said.

“This drove significant increases in the prices of basic goods and services. In late March, the government announced that the United States dollar is now permissible for local transactions. The government also suspended the managed float exchange rate and pegged the official exchange rate at US$1:$25. The immediate and medium-term market and food security impacts are still being assessed, as the markets adjust to this new structure.”

Demand for staple cereals remains high while access is limited for many poor households given high prices and low income.

Already, there is a critical maize grain shortage with prices across markets being over 10 times the recent five-year average.

However, following the central bank redollarising the economy last week, by allowing the use of the US dollar alongside the Zimdollar, this is expected to stabilise the failing currency.