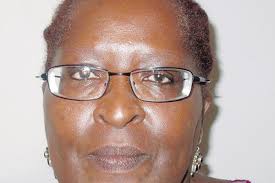 THE devastating effects of Covid-19 have been laid bare after Anglican Bishop Jonathan Siyachitema lost five members of his family in a space of just weeks.

The cleric lost his wife Rosemary and two daughters Elizabeth and another one named after her mother, as well as his siblings — Reverend Fanuel Siyachitema and Judith Bindu in very sad circumstances.

In a statement, the Anglican diocese of Harare bishop Farai Mutamiri and the Anglican Communion Worldwide expressed deep sorrow in the recent calamities that befell the Siyachitema family.

“I certainly believe that this is too traumatic for him to even comprehend. As a church, we pray for the Lord Almighty to give him strength to hold on to his faith even in these dark hours of his life.

“May God heal their broken hearts and bring that peace which passes all understanding throughout this sad and sorrowful phase in the family’s life.

“May Bishop Jonathan also draw strength from the words of the Psalmist in Psalm 71,” he said.

Rosemary Siyachitema was the executive director of the Consumer Council of Zimbabwe (CCZ) and her death has been described as a loss to consumers who are set to miss her dedication towards vulnerable groups.

Former Zimbabwe Prisons and Correctional Services commissioner-general, Paradzai Zimondi also succumbed to the virus as well as other prominent businessmen and executives.

This is coming at a time the country’s health sector has deteriorated over the years due to gross underfunding and neglect.