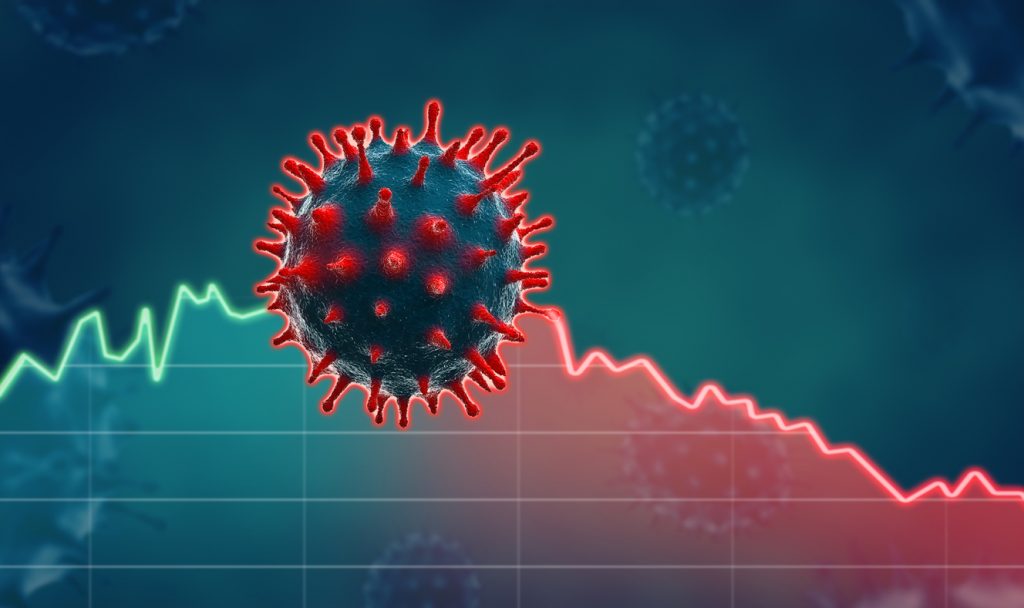 AS AUTHORITIES fight to procure much-needed Covid-19 vaccines, health experts have warned that the country faces a third wave of the lethal disease — unless the jabs arrive ahead of winter and citizen discipline also improves.

In addition, the experts also told the Daily News yesterday, that the country needed to embark on an expansive testing programme of citizens, to establish the extent to which the virus has infected the population — to further mitigate its spread.

This comes as Zimbabwe is set to receive vaccines from China, among other countries, as the government battles to curb the pandemic’s spread, which has so far killed over 1 200 Zimbabweans.

It also comes as authorities have assured the nation that government-procured vaccines will be available to everyone for free.

Speaking to the Daily News yesterday, the health experts said it was “wrong and dangerous” for Zimbabweans to start believing that the country was now in control of the killer virus on account of the declining infections and deaths.

Acting Mpilo Hospital chief executive, Solwayo Ngwenya, also warned that the emergence of a third coronavirus wave was “inevitable” in the absence of expansive testing and the availability of real time data.

“We need to have a robust data collection mechanism which is almost in real time … to have an honest and professional opinion of the situation.

“What I can say is that coronavirus has not gone anywhere. It is still around and it is going to come again in a stronger wave, at a time we are beginning to think that it is going away.

“We have not vaccinated anyone, and hence we have no defence against it,” the highly-regarded Ngwenya told the Daily News.

The president of the Zimbabwe Nurses Association (Zina), Enock Dongo, also said it would be foolhardy for citizens to read too much into the decreasing infection figures, as the ministry of Health’s data collection mechanism was imperfect.

“Our testing is not good enough if we want to be honest. We are the practitioners at public health institutions and we are not testing people who come saying they have been in contact with Covid-19 patients, as long as they don’t show symptoms.

“That means that we do not know with certainty that the individuals are not positive, and if they are, which is the most likely case, whether they are spreading the disease in the communities — just as health service workers who are on duty with inadequate personal protective equipment are doing.

“Under the circumstances, we are sowing the seeds for a third wave, especially as we approach winter — which provides the best weather conditions for the virus to thrive,” Dongo told the Daily News.

He further disputed assertions by authorities  that all information about coronavirus deaths and infections was being  accurately captured at all levels nationally.

“It is incorrect to say that our system is perfect to the extent that we can account for all deaths, because we have so many people dying at private health institutions and in communities, and we have no means to capture the data … let us not fool ourselves on the basis of official figures.

“The third wave is going to be beyond our capacity, hence there is a need for the government to speed up the process of administering vaccines because we are heading for a disaster.

“I do not see any other way to stop the third wave in the absence of vaccines being available by not later than April or May,” Dongo warned further.

All this comes as South Africa’s Health minister, Zweli Mkhize, has also warned of the threat of a third Covid-19 wave across the Sadc region.

Speaking during a virtual meeting on Thursday, Mkhize said there was a need for collective efforts towards vaccinating the entire Sadc population.

“We have realised that diseases do not respect political borders. Look, we have been struggling with HIV and tuberculosis, among others.

“We are bracing for a third wave of the virus. We need to prepare for that as the Sadc region because it may be more deadly,” Mkhize he warned.

On Monday, South Africa received its first batch of Covid-19 vaccines that are expected to help the country’s efforts to stem the spread of the virus in the neighbouring country.

This comes as Zimbabwe has set aside US$100 million to procure about 20 million doses of vaccines to immunise 60 percent of the population.

Both President Emmerson Mnangagwa and Vice President Constantino Chiwenga — who is also the country’s Health minister — have emphasised that Covid-19 vaccines to be acquired by the government will be rolled out free of charge to citizens.

“Our national response strategy has reached a stage where we can now introduce vaccines as a second front preventive measure.

“As such, Covid-19 vaccines which have been scientifically ascertained to be safe, will soon be introduced. These will be State-funded and free.

“A national vaccine deployment framework has also been finalised. The initial objective is to inoculate at least 60 percent of the population to achieve population immunity.

“The first phase of inoculation of the vaccine will see our hardworking frontliners, the elderly and those with underlying medical conditions being prioritised,” Mnangagwa said in a State of the Nation Address in Harare on Thursday.

“Nevertheless, the government is aware that vaccines do not provide 100 percent protection … With this in mind, the present World Health Organisation public health protocols remain critical in the second phase, and must continue to be adhered to at all times, even after vaccines have been administered.

“Government has set aside the requisite financial resources for the purchase of vaccines. In line with our policy of pooling national effort and resources, the government will also partner the corporate world and other players in the procurement of Covid-19 vaccines and related consumables.

“The recent meeting I convened with our business sector yielded notable and commendable results,” Mnangagwa added, while also praising China for its donation of 200 000 doses of the Sinopharm vaccine to Zimbabwe.

This came after reports suggested that some citizens would pay for the inoculations meant to fight coronavirus infections, which have been on the rise since the beginning of this year.

Speaking in a virtual meeting to mark World Cancer Day on Thursday, Chiwenga similarly paid tribute to China, while also reiterating that the government would roll out Covid-19 vaccines for free to all citizens who wished to be vaccinated.

Apart from China, vaccines would also be secured through an African Union-led initiative that has so far procured about 270 million vaccines for the continent.

In addition, the government also intends to get vaccines from Russia.