Mukudzei Chingwere in Nembudziya, Gokwe
Gokwe North district in the Midlands province has had its first frontline health worker inoculated against Covid-19.

The jab, which was administered on microscopist Mr Tamuka Shoko by district nursing officer Ms Caritas Mbombe, comes on the back of Government having begun the first phase of the Covid-19 vaccination programme. 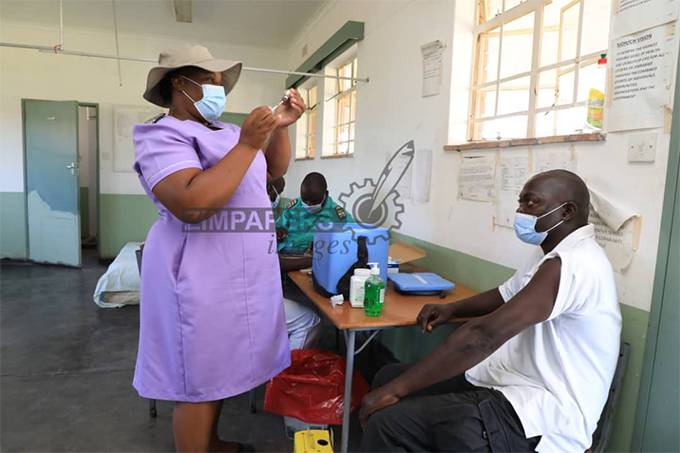 At Mtora Mission Hospital in the same Nembudziya district, frontline workers are also being immunized. Sister Vimbai Mahlatini took the first shot and it was administered by Sister Nyarai Matope.

Vice President Dr Constantino Chiwenga who is also the Minister of Health and Child Care was the first person to be innoculated at a ceremony held in Harare on Thursday last week.

Gokwe North District Medical Director Dr Gladys Gombakomba has told The Herald that the vaccine arrived here on Sunday and was transported and kept in strict adherence to manufacturer specifications.

“We have two teams vaccinating the whole district. They completed their training last week and we expect to complete the exercise within 10 days,” said Dr Gombakomba.