As the world commemorates the 16 Days of Activism Against Gender-Based Violence, the Crisis Report spoke to the Chairperson of the Crisis in Zimbabwe Coalition Gender Committee, Margaret Mutsamvi on issues around gender-based violence in Zimbabwe. 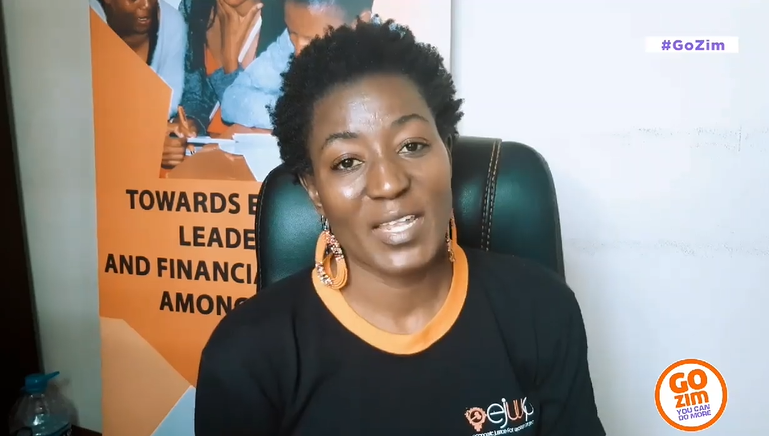 Below are excerpts of the interview;

Q: What would you say are the major drivers of gender based violence especially during this COVID 19 period

A: Harmful gender norms-This is an all time major driver of GBV in the Zimbabwean context and beyond. These mostly emanate from harmful cultural, religious and social practises that normalise and have all sorts of justifications on GBV against women and girls which includes rape, child marriages, physical and emotional violence and even death.GBV is a direct demonstration of the unequal power relations between the genders and women are on the receiving end.

Religion, culture and society continuously portray men as strong, superior, powerful and as a higher authority while presenting women as fragile subjects.
These perceptions have given men so much power over women and have been the major source of Gender Based Violence and that deprives women of justice, agency and voice from within households to local and national institutions.

Poverty-The Covid-19 global pandemic came with a plethora of regulatory measures that primarily were supposed to ensure that the diseases does not spread.
Some of the measures were however too harsh on the livelihood status of the majority of citizens whose survival is in the informal sector in the midst of an already existing economic crisis. The abrupt closure of the sector affected mostly women who dominate this sector threatening their social security and making them more vulnerable to abuse mostly at a household level.

The lack of basic household provisions escalated the chances of this evil by increasing conflicts and disrupting mental health for many without income. The lockdown in itself meant that most GBV victims were trapped with the perpetrator thereby escalating the frequency of abuse. We also saw an increase in child marriages and pregnancies amongst adolescent girls as some poor families gave up their little girls for livelihoods. Restricted movement made the reporting and resolving of most cases a pipeline dream with perpetrators taking advantage of it while survivors continued to live in unresolved trauma.

Political insecurities- The repression witnessed under the guise of enforcing lockdown measures saw the shrinking of the political space with fundamental rights such as the right to demonstrate and freedom of expression being undermined. As a result, we witnessed our mothers and sisters suffering under the hand of insecure political leaders who view freedom of expression and freedom to demonstrate as a threat to their power. There is a classical case in which state agents abducted ,tortured and sexually assaulted Joanna Mamombe, Cecilia Chimbiri and Netsai Marova after their demonstration against growing poverty. Nick Mangwana (Permanent Secretary in the Ministry of Information, Publicity and Broadcasting Services) and Victor Matemadanda (Zanu PF Political Commissar and deputy Defence Minister) were among high profile political leaders dismissing the young women’s claims as fabrication thereby pre-emptying the justice process of the case. There is also the case of the victimisation of two young women Namatai Kwekweza and Vongai Zimudzi, the incarceration of the seven activists that included Rita Nyamupinga, Farirai Gumbonzvanda and Stabile Dewa on trumped up charges of trying to overthrow the government yet the case clearly lacked evidence. There was also the case of Tsitsi Dangarembga and Fadzai Mahere who were among the many other activists who were arrested for standing up for what is right.

Q:  Critics say in some instances, the State has been complicit on violence against women. What is your comment on this?

A: I agree with these critics to a greater extent by virtue of failure by the State to fully implement its commitments to the Committee on the Elimination of all forms of Discrimination Against Women (CEDAW) and the provisions of the 2013 Zimbabwean constitution.

We have also seen the heavy handedness of the police on female traders or activists exercising their constitutional right to demonstrate.
In January 2020, UN CEDAW gave recommendations to the effect that Zimbabwe moves with speed to implement the laws that protect women and girls and we have not seen much on this front.

Through the Constitutional Amendment Bill Number 2, we have seen the State’s intentions to reverse the gains made towards ensuring gender equality.
If we also look at the compositions of influential institutions, we will realise that there has been less and less nominations of women to powerful positions from the presidium, cabinet, critical ministries such as the ministry of finance and agriculture.

Through the failure in our national policy framework, the state continues to largely contribute to gender based violence.

Q: Do you think Zimbabwe has done enough to fight violence against women and girls?A: I think more can be done to end violence against women. Recent statistics (ZIMSTATS and UNICEF) show that 22 women are being raped daily or one woman is being abused every 75 minutes and an average of 646 women are being sexually abused every month. According to UNICEF, one in every three girls is raped or sexually assaulted before they reach the age of 18. This era of COVID-19 has been the worst phase in this narrative with research conducted by Zimbabwean civil society organisations indicating that physical violence went up by 38.5% from April to May 2020 while reports of emotional violence went up by 80%.
Our 2013 constitution is founded on the values and principles of human rights and freedoms and gender equality but its provisions are largely just in black and white and invisible in practice.

Q: What do you think should be done to promote gender equality and fight violence against women in marginalised communities?

A:Respect and enforcement of the rule of law in this regard
-Full implementation of the constitution’s provisions on gender equality at all levels of governance
-Acknowledgement of unpaid care work
-Preparing and implementation of gender policies and strategies in all development processes
-More awareness and empowerment of both the girl and boy child to bridge the power gap created by culture, religion and society and their stereotypes that leave women and girls more vulnerable. We need to raise a new generation that acknowledges women as an equal force at all levels.
-Our leaders need to walk the talk on gender equality
– More pressure from civic bodies in monitoring and pressuring for reforms.

Q: What are some of the cases of abuse of women that you have recorded during this Covid 19 period?

A: We have recorded the assault of women in informal trade (vendors) during the lock down period as well as cases of assault of women living in informal settlements around Harare.
-Attacks and shaming of women and young girls on social media and various digital platforms.
– Revenge pornography
– Rape of a minors
– Increased child ‘marriages’
– Sexual extortion – some women (in the informal sector) were requested to pay through sex by members of the police force or ended up as girlfriends to the manning officers to be allowed to continue their businesses, otherwise they would be threatened with exorbitant fines or imprisonment.