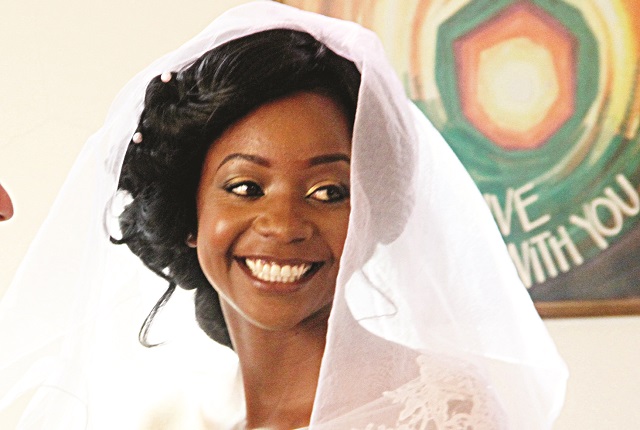 Peter Matika, Senior Reporter
IT is precisely seven months since Mrs Zanele Ndlovu-Fox lost an arm to a crocodile, while on a holiday expedition with her husband in Victoria Falls but the case seems not yet over as she is now pursuing the legal route against the tour company.

Mrs Ndlovu-Fox, made headlines in May after surviving the crocodile attack, where the reptile dragged her under the surface of the mighty Zambezi River, ripped off her arm but she lived to see another day and is now living her fairy tale marriage in the United Kingdom.

The couple drew the attention of the media, globally, after they decided to unconventionally exchange wedding vows in hospital. Nonetheless she survived a not so pulsating but rather traumatic experience, enduring months of sleepless nights from recurring horrifying visions of the croc attack Zanele and Jamie have finally calmed and are seeking to move on from the horrible experience, which changed Zanele’s life forever. In their quest to move on ahead with their lives, the couple is seeking to get a special prosthetic arm for Zanele.

“ . . . Well, we are now in the UK. But for now nothing too exciting is happening. We are working on getting a prosthetic arm,” said Mrs Ndlovu-Fox in an interview.

She, however, noted that they were starting a new life and wanted to shut the experience from their lives. But the couple is greatly considering suing the tour company for the morbid experience, which in all essence was to be a refreshing and relaxing experience.

“We are pursuing a legal case against the tour company we were using on the day. We have decided to take them to court because we were under their care and they led us to a place with crocodiles and I didn’t do anything wrong. And also the owners of the company didn’t even bother to call me a single time. All they did was just refund us the money we paid for the activities we had paid to do the following day and I think that’s so heartless,” said Mrs Ndlovu-Fox.

A director of the tour company in question — Adventure Zone, which is in Victoria Falls, Mr Brent Williamson, said he was not aware of the development, adding that when people undertook such activities, they were made aware of the dangers and had to sign indemnity forms before hand.

“People are given a full briefing and are asked to sign indemnity forms. I am not aware of any legal proceedings,” he said.

Mrs Ndlovu-Fox who is a former Zimbabwe tennis star lost her right arm, while canoeing in Victoria Falls. She tied the knot with the love of her life Jamie, at a beautifully organised, heart-warming ceremony at Mater Dei Hospital in Bulawayo where she had been recuperating after losing her right arm to the crocodile.

The crocodile is said to have attacked their vessel, which was said to be an inflatable boat, before attacking her.

The lovers were joined in holy matrimony in a rather unusual phenomenon, through the benevolence of the hospital at the institution’s chapel.