Cross now smelling the coffee, but … 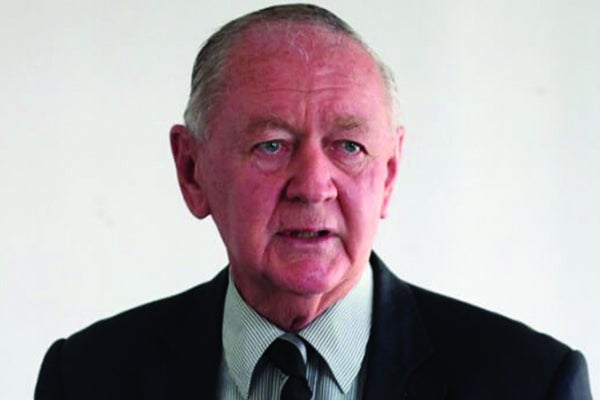 IN the Bible, there is a story of the prodigal son who demanded his share of his father’s estate, which the father gave him. Shortly after being given his inheritance, the son runs off and squanders the wealth — finding himself destitute and in the middle of a severe famine.

To survive, the prodigal son hires himself out to a pig farmer, but seeing first hand that the pigs were eating better than him, he decides to return to his father and beg to be allowed to serve as a hired servant on the estate.

The rest is history!

I am reminded of this story in the Book of Luke because Eddie Cross, who had gone on the rampage, criticising mainly the Reserve Bank of Zimbabwe (RBZ) when he absolutely had no clue of what was going on, seems to be coming back to his senses.

In one of his latest instalments, Cross likened the situation in Zimbabwe to that of Jesus and his disciples found themselves in when a furious squall came up and the waves broke over their boat so that it was nearly swamped.

The disciples woke Jesus up, as he was sleeping on a cushion in the stern. He then charmed them by calming the storm. For the first time, I found myself agreeing with Cross’ analogy in that while Zimbabwe could be going through a turbulence, the storm will dissipate at some point.

Pointedly, he makes the point that “we are all in the same boat, no point in yelling at the wind and the rain, wake up the boss and get him engaged in trying to fix the problem”.

He goes on: “Several lessons come to mind about the miracle in the boat with Christ. The first is that we need faith, we need to think that if we go forward and shake his shoulder and get Him awake, He will do something. In my own life I have discovered what a professor at Cambridge once described after his conversion to Christianity when he wrote a book about it and called it ‘Good God, it Works’.

“The second is that we need to recognise that we are all in this boat together and we sink or swim together. We need to work as a nation to find our way forward and to solve our problems — right now is not the time for squabbles and fights, we need to discover each other and put our country first.

“The third lesson is do not be surprised if things come back to normal much faster than we think possible. I still think we are on the right track, the fundamentals are all in place and because we are such a small boat, our problems can be solved relatively easily. But to get to the shore, we need to row together”.

It is thus pleasing that Cross, who was making it his business to yell at others, worse from a misinformed point of view, has had his “Damascene moment” and now realises the wickedness of his ways.

While it is also pleasing that he has delved into the scriptures to illustrate his point, my point of departure with him remains that he continues to sing for his supper, which seems to indicate that he is struggling to break free from those who “captured” him.

As far as he is concerned, Mthuli Ncube is the best thing to have ever happened to the Finance and Economic Development ministry even though the record speaks otherwise. He came with his economic theories, that include the shock therapy approach, that has failed the economy dismally.

We are not fooled!

Under Finance minister Tendai Biti during the government of national unity of 2009-2013, the country experienced a modicum of growth, which Cross does not even acknowledge.

Under Patrick Chinamasa, the ministry did its best to stabilise the ship under extremely difficult circumstances, which Cross should acknowledge.

Before Ncube’s appointment, inflation was at single digit levels with the exchange rate pegged at 1:1 to the United States dollar. At the time, there was acknowledgment that certain things needed to be done to keep the situation in check and avoid rocking the boat in the manner Ncube has done.

The 1:1 US dollar to RTGS rate was, indeed, a value preservation strategy that the central bank had put in place to restore value for money and to safeguard confidence.

The strategy was to ensure that, brick by brick, the economy gets to produce, especially for export, which is why the central bank came up with a menu of export incentives to stimulate productivity and foreign currency earnings.

Indeed, exports were beginning to pick up and production in some industries was on the rise, with the Confederation of Zimbabwe Industries’ manufacturing sector survey showing an improvement in capacity utilisation.

And suddenly boom — the big bang approach — the situation took a turn for the worst in September 2018 when Cross’ “star performer” came onto the scene with his bookish economics, packaged as austerity measures.

All of a sudden, inflation has gone haywire, touching 300% as of last month, with the exchange rate whistling past $20 to the US dollar. This has made the population poorer within the past nine months.

If Cross wants to be taken seriously, he must give credit where it is due and speak out against wrongs even if it means differing with those who have appointed him into the key position or approved the multi-million-dollar deals that he has been consulting for. I am saying this mindful of the fact that he who pays the piper calls the tune.

I am also praying for the day when Cross’ illustration of the great Bible story is not used to whitewash what is patently wrong with the “system” and to be oblivious of the truth of the causative factors contributing to Zimbabwe stormy situation.

It needs to be said that the “storm” in the Zimbabwean context is not emanating from outside: It is a result of a few individuals who are fomenting the “storms” by engaging in reckless and primitive wealth accumulation that knows no bounds at the expense of the country’s economy.

As Finance minister, Ncube knows these “pirates” and by keeping quiet while the proverbial Rome is burning, he is equally culpable.

Nonetheless, Cross should be encouraged to rally the nation behind efforts to revive the country’s economy, including those he used to work with in the opposition.

 Amos Mazambani is a development consultant. He writes here in his personal capacity and can be contacted on amos.mazambani@gmail.com.