Civil society organisations in Zimbabwe strongly condemn the increasing attempts to silence and shrink the civic space through the proposal to introduce the Patriotic Bill. It is our position that the proposed Patriotic Bill serves a single purpose, which is to criminalise free speech, and ultimately control, intimidate and stifle citizens’ democratic rights and fundamental freedoms as enshrined in the Zimbabwe Constitution’s Chapter 4 Bill of Rights. 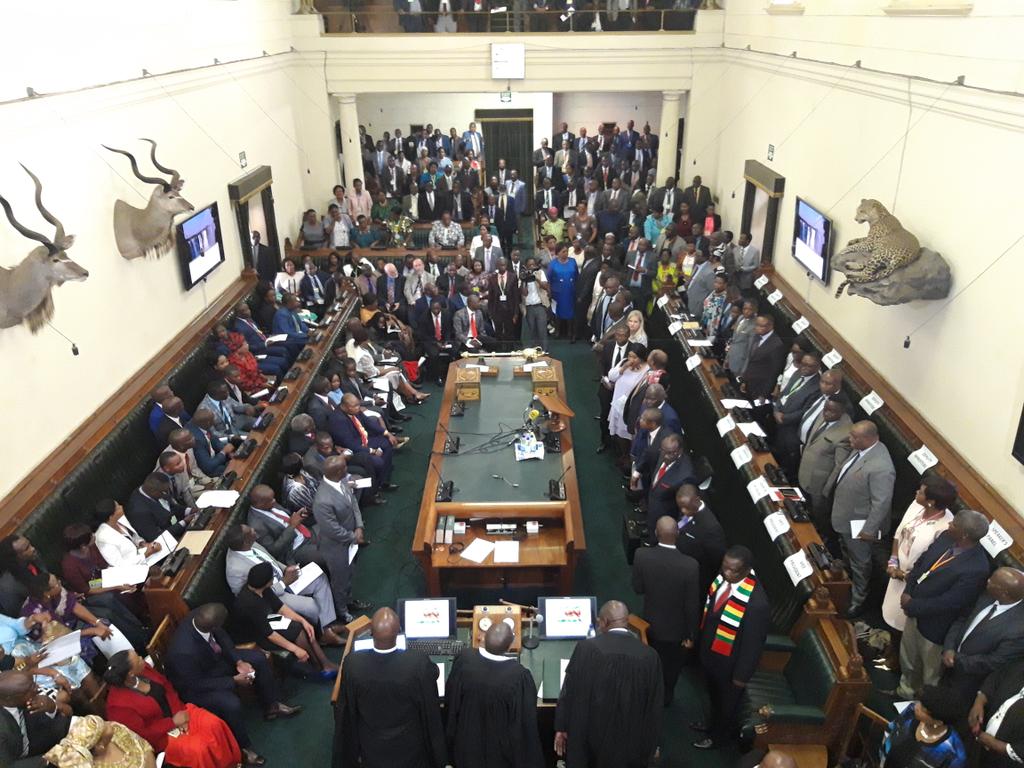 On the 4th of  August 2020, Information Minister, Monica Mutsvangwa, in her reading of the 27th Post Cabinet Press Briefing, highlighted that the National Peace and Reconciliation Commission (NPRC), in its 2018 and 2019 annual reports proposed the introduction of the Patriotic Bill. It was highlighted that the NPRC had recommended that “campaigning against one’s country” should be legislated at law and “criminalised”.

On the 4th of October 2020, The Sunday Mail published an article in which it was reported that principles of the proposed Patriotic Bill aimed at criminalising private correspondence with foreign governments to the detriment of the national interests, had been drafted, and were soon to be tabled before Cabinet for consideration for legal enactment. On the 2nd of March 2021, the late ZANU-PF legislator for Mberengwa South, Alum Mpofu, moved a motion in the National Assembly for the enactment of the proposed Patriotic Bill. Mpofu indicated that he was concerned with the negative portrayal of the country’s image and reputation and motivated that as the reason for moving the motion.

Amidst growing international condemnation of sustained State-sponsored human rights violations in Zimbabwe, the government has on numerous occassions, sought to shift blame by making unsubstantiated accusations of collusion between foreign governments and well-meaning citizens. It is important to note that civil society organisations in their role as watchdogs, raise alarm both domestically and internationally on human rights developments. Therefore, the Patriotic Bill when viewed in unison with the proposed changes to the Private Voluntary Organisations Act [Chapter 17:05] points to an apparent attempt to stifle the activities of civil society organisations, thus undermining their watchdog and agenda setting role in perpetuating national democracy, good governance, demanding accountabilityand independent monitoring of duty bearers. It is our position that the proposed Patriotic Bill will only serves as a weapon to punish civil society organisations and political adversaries for exercising the right to expression, particularly in relation to the state of the nation.

As the Heads of NGO Coalitions operating in Zimbabwe, our considered view is that the general and sweeping nature of the proposed Bill is a cause for concern as it appears that it would apply to any citizen, civil society organisation and political opponent/party. There does not appear to be a delineation of what would constitute unacceptable private correspondence with foreign governments, save for what is determined by the government and in particular the ruling party. This is particularly of concern to the work of human rights-related organisations, whose mandate is to observe, bring attention to and seek redress for human rights violations.

As such, it is our consolidated view that there can be no room for a law such as the one proposed in a democratic society. We, therefore, call upon the government to: