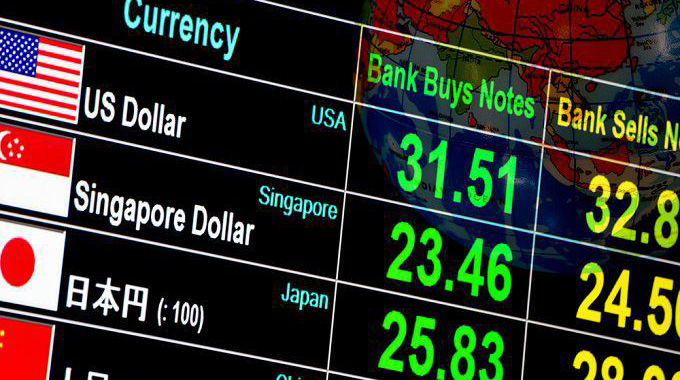 Bongani Ngwenya Correspondent
THE success of the new Government’s effort to transform the country’s economy, both in the immediate and future term hinges on addressing the currency reform problem.

The vision of the Government is to ultimately turn Zimbabwe’s economy into a middle-income economy by 2030, which is just 12 years from now.

For those of us who may not understand and appreciate the potential of this country to turn around its economy may look at the 12-year period as being too short for the country’s economy to transform from its current state into a middle-income economy.

I have said it in the past that Zimbabwe has a potential for economic growth like any other country, given the natural resources and other resources that the country is endowed with, coupled with the right political economic systems and will to push the necessary transformation agenda.

The five years of the Government of National Unity (GNU) for example saw the country’s economic growth rate rising from the negative economic growth in 2008 to a positive average of 12 percent.

During the week, I was listening with excitement to the newly appointed Minister of Finance and Economic Development, Professor Mthuli Ncube, briefly outlining the plans he has for his ministry.

What excited me the most was the enthusiasm and the passion that the minister showed and made it clear that he will prioritise currency reforms, which could entail removing bond notes in the short to medium-term in support of the vision of creating a middle-income economy by 2030, and strongly believes that the vision is attainable.

The minister reiterated that tough decisions would have to be made to steer through the agenda for achieving the Vision 2030 that he believes resonates well with targets he had been advising other African governments on.

“I am very clear that there have to be currency reforms and the (current) currency approach is not working,” he said.

He added: “In doing so, there are three choices that I will explore and pursue with urgency: One, adopt the US dollar only and remove the bond notes from circulation through a demonetisation process and also liberalise exchange controls. Two, adopt the rand by negotiating to join the Rand Monetary Area, and this will close the gap in loss of competitiveness against our largest trading partner, South Africa.

“Three, adopt a new Zim dollar, and here one needs to be clear that it has to be backed by adequate foreign reserves and macro-economic conditions for its stability. Foreign currency accounts will also be introduced. For sure, currency reforms will be implemented.”

So much has been said and written in the past about the need for currency reform in Zimbabwe, as the current currency configuration has proven to be not working and has failed to address the underlying structural economic problems.

Just the mention of the need for currency reform by the minister got some of us excited, especially when it was mentioned in public by the appointed minister, even before they had been sworn in.

By the way, those of us who had whatever reservations are entitled to their opinions like anybody else. To some of us, that was a demonstration and display of technocracy that this country needs at this appointed time in order to move on.

In my opinion, the minister did not only publicly commit himself and his ministry to the need for tough decisions that would have to be made to steer through the agenda for achieving the Vision 2030, but also committed his principal and the Government at large.

I have suggested in my articles in the past that while the adoption of the multi-currency regime brought in stability in terms of taming the hyperinflation and financial discipline, especially in Government and also catalysed the economic growth that Zimbabwe experienced during the tenure of the GNU, its subsequent management and sustainability has been a serious challenge and a dilemma for the Government. We need to understand that currency reform is a fundamental factor for economic development and growth.

Every country at some point goes through some form and kind of currency reforms, depending on the prevailing economic condition and situation, and above all the target development goals that the countries would have set to achieve such as the current Government’s Vision 2030 for a middle-income economy status. As a nation and a people, we need to appreciate that the challenges are huge and the work is going to be tough.

As the finance minister has indicated, tough decisions will have to be made.

The demand for the level of technocratic thinking and change of the mindsets is high. I will leave politics to those that are interested in it. I personally commend the configuration of the new Government ministers’ calibre, especially the finance minister.

As we watch and see the manner in which the currency reform unfolds, I would like to reiterate that no matter how sweet-tasting the US dollar might be, we would eventually have to have our own currency, our own sovereign currency. The term sovereign currency has fundamental economics implications that are not the subject for discussion in this article. Use of other countries’ currencies cannot be sustainable in the long run or indefinitely because of the structural challenges that are embedded.

The minister has conveniently listed the option of re-introducing the sovereign currency lastly as a sort of a long-term strategy because as a technocrat, he understands that the Government will have to lay a strong foundation for that to be possible in terms of transforming the economic fundamentals.

Such cannot be achieved overnight.

I believe there is a lot of excitement among people and the industry at large about the possible removal of the bond notes from the current currency reform configuration because of the distortion that their introduction causes in the economy.

Which leaves the country with one immediate solution to address the liquidity crisis, as I mentioned in my last Sunday’s instalment, that of massive injection of liquidity in the economy which certainly will have to come from somewhere, either in the form of a bail out or significant FDI in the area of our primary industry, especially in boosting the mining output capacity.

Adopting the rand by negotiating to join the Rand Monetary Union, would certainly close the gap in loss of competitiveness against our largest trading partner, South Africa as the minister has indicated.

The technocratic wisdom of the minister to list this option number two as medium-term strategy makes a lot of practical and academic sense, as negotiations cannot be done overnight.

South Africa has its own current economic challenge and recession. However, they are managing the situation.

Bearing in mind the level and state of the Zimbabwean economic situation, I believe the option of adopting the South African rand via joining the Rand Monetary Union may not be thrown off balance by the current South African economic recession.

In conclusion, the time the negotiations may be concluded, South Africa would have overcome the economic recession.

Zimbabwe has no choice in the current liquidity crisis, but to undergo currency reform.

Dr Bongani Ngwenya is currently based at UKZN as a post-doctoral research fellow and can be contacted at nbongani@gmail.com