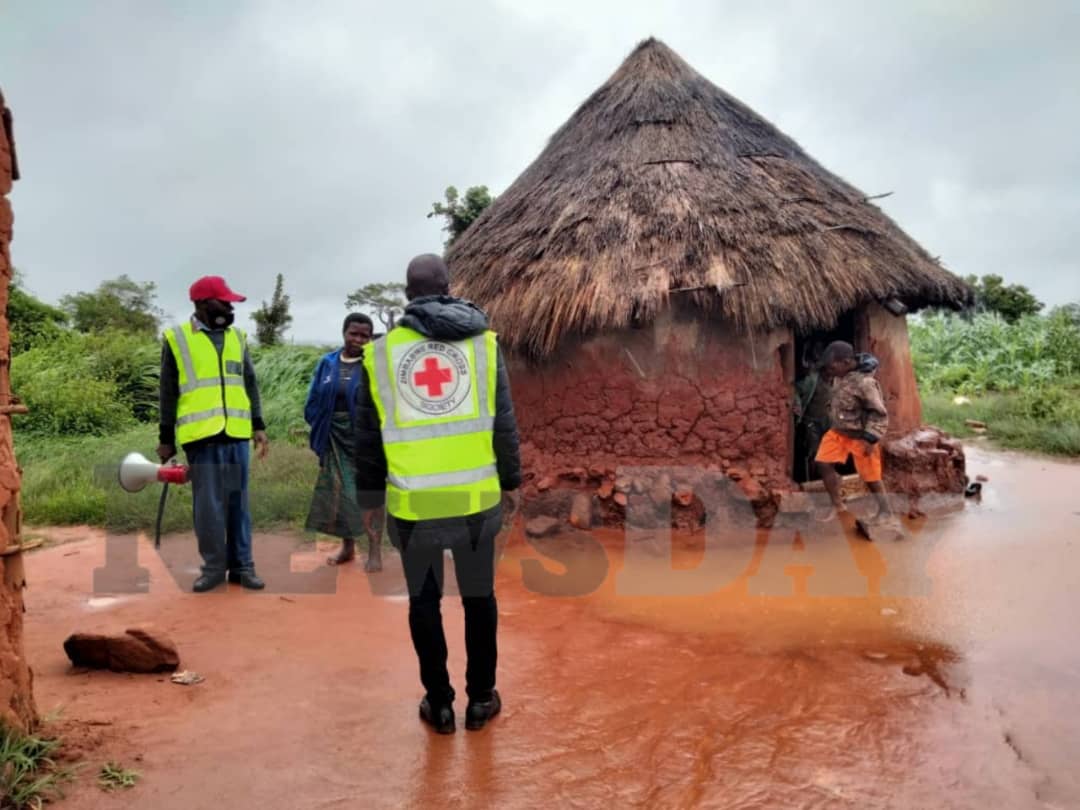 BY TATENDA CHITAGU/OBERT SIAMILANDU/KENNETH NYANGANI
TROPICAL Cyclone Ana yesterday left a trail of destruction in Masvingo province, a day after causing similar damage in Manicaland, where it destroyed bridges, schools and houses, leaving hundreds of families stranded in Nyanga, Buhera and Chimanimani.

Reports state that at least four people have died, while dozens are missing after strong winds and heavy downpours wreaked havoc in Malawi and Mozambique as the tropical storm made landfall on Monday.

In Zimbabwe, the tropical cyclone, which is believed to be now subsiding, left a trail of destruction in Manicaland on Monday night, destroying 105 houses.

Two students were marooned in Nyanga due to the heavy floods.

In Masvingo, the cyclone, which started in the Mozambican Channel, blew roofs at several schools and clinics in Bikita, amid reports that it had triggered floods around Tugwi-Mukosi Dam.

“I have also been told that a hospital building’s roof was blown off, and we are still assessing the damage. We are experiencing network problems, so I am yet to get more details on the extent of the damage,” Hadzirabwi said.

He said one family in the district had its rondavel destroyed by the heavy rains, leaving one person injured.

The victim was admitted to Mashoko Mission Hospital.

“We had a household that had a round hut damaged in ward 16 near Mbirashava School under Chief Mazungunye. The father suffered a broken leg after the hut collapsed on him. As we are speaking, he is admitted in hospital. The family of seven is now left with one round hut which they are sharing and needs assistance in terms of accommodation,” Hadzirabwi said.

Manicaland Department of Civil Protection chairperson Edgar Seenza said: “We are still maintaining the same number of evacuation centres (459) in Manicaland because there are some people who are in the evacuation centres that were affected. We will wait for the Meteorological Services Department to update us on the way forward.”

Global humanitarian organisation United Nations Children’s Fund (Unicef) yesterday said it had deployed staff to monitor the situation in parts of Africa affected by the cyclone, including Zimbabwe, Mozambique, Malawi and Madagascar.

In a statement, Unicef said the situation in some locations remained dire for children and families, with rains still pouring, and water levels rising.

“Unicef and partners are working round the clock in the four African countries to assess the situation and mobilise rapid support for children and communities in need, which includes the pre-positioning of life-saving supplies, such as water purification materials and medical kits, as well as nutrition services,” the global organisation said.

“The tropical storm sheds light again on the risks and consequences of climate emergencies in the region, as well as the need for immediate humanitarian assistance from the onset, including in the most remote areas where access is difficult.”

According to Unicef, approximately 21 000 people have been affected by the cyclone, many of them children.

The Mozambique National Institute for Management and Disaster Risk Reduction said two people died, while 546 homes were partially destroyed, and another 115 completely destroyed.

The Malawi Department of Disaster Management Affairs also said two people died, while 30 others sustained injuries, with the displaced families seeking refuge at churches and schools.