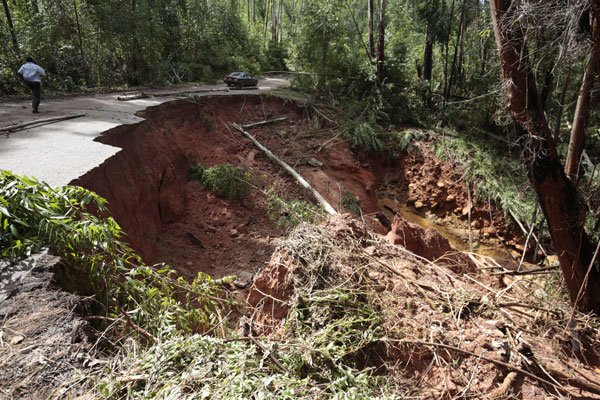 Hundreds of people have died, about 400 000 lost their homes and an estimated 2,9 million have been affected by the disaster.

There has also been massive damage to infrastructure in the three countries and acres of farmland have been submerged.

The scope of the damage has exposed the continent’s vulnerability to natural disasters.

The aftermath of the disaster points to weaknesses in the way that the African Union (AU) responded.

It should have taken the lead, but it didn’t.

Instead, the first responders were drawn from the international community and global non-governmental organisations.

This raises pertinent questions about the role of the AU in times of natural disasters.

This isn’t the first time that the AU has been slow to react to a disaster in one of its member states.

During the ebola crisis in 2014, the AU responded lethargically and was accused of looking to the outside world to manage its emergencies.

In most cases, even where it pledges funds, it relies on the United Nations for manpower.

This was the case with the Somalia drought and famine crisis in 2011.

Despite these failings, the AU has taken steps to strengthen the mechanisms that support members states when they are hit by large-scale natural catastrophes.

However, for its strategies to have the desired effect, the AU would need to be proactive in making the mechanisms functional.

In addition, member states would also need to fulfil their side of the bargain, by taking steps to implement what needs to be done before disaster strikes.

Responding to disasters is part of the responsibility of the AU’s executive council.

The executive council is the decision-making organ of the AU and consists of Foreign Affairs ministers from all member states.

The union’s security council, which is the AU’s standing body for the prevention, management and resolution of conflict, is also tasked to facilitate humanitarian action in cases of major natural disasters.

In addition, the AU created a special agency called the African Risk

The agency also provides an insurance service to cushion member states and their citizens from the effects of natural disasters.

To qualify for this insurance, states sign a memorandum of understanding that requires them to put in place rapid-response mechanisms to respond to natural disasters. Out of the 34 member states that have signed up to the African Risk Capacity only 20 member states have signed the memorandum.

Most of the signatories to the African Risk Capacity treaty are vulnerable to disasters.

This includes the three countries affected by Cyclone Idai.

But neither Mozambique, Zimbabwe nor Malawi has viable rapid response mechanisms in place, nor have they taken up the treaty’s insurance option. This is because African Risk Capacity doesn’t cover cyclone disasters yet.

African Risk Capacity may not have been tested in a cyclone scenario, but it has been active in the management and response to drought.

The largest payment — $16,5 million — was made to Senegal in 2015 after the country suffered severe famine and drought.

The Senegalese government used the money to provide relief food to 927 416 people and to feed 600 000 cattle.

The most recent payment — $2,4 million — was made to Mauritania in 2018 when it was ravaged by drought. Africa Risk Capacity was the first to respond with funds.

The ability to deliver quick and effective relief in dire circumstances shows that Africa Risk Capacity has the potential to
play a significant role in the future.

The AU must encourage all member states to sign up to the Africa Risk Capacity framework.

It must also encourage members states to put in place rapid-response mechanisms.

This would require them to enter into the memorandum of understanding.

While 20 countries have already signed on to the memorandum to cover them in times of famine and drought, it needs to be urgently extended to cyclone disasters.

In addition, the AU will need to encourage member states to take up the cyclone insurance option as soon it is fully developed.

African Risk Capacity is working to make it available as soon as possible.

The AU can also incentivise member states to purchase insurance cover by providing generous additional funding to states that have policies
in place.

Finally, the AU could also institute a collaborative mutual aid fund from which member states can request disaster assistance.

This would be similar to the European Union’s Civil Defence Mechanism, which is based on voluntary contributions by participating member states.

The EU Parliament is currently updating the mechanism to include reserve resources to provide additional funding in times of dire need.

This is a provision that the AU could also consider.