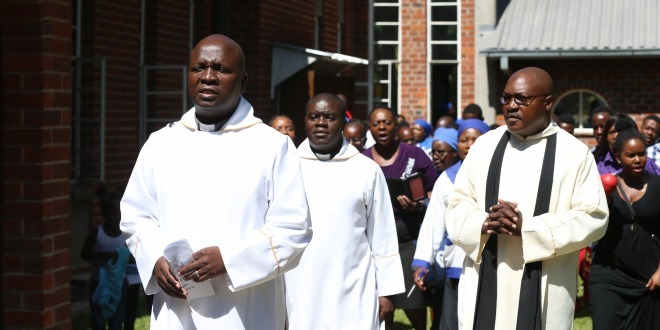 OVER 500 illegal settlers at the Anglican Church-owned Cyrene Farm in Figtree, Matabeleland South, were on Wednesday served with a 2003 High Court order directing them to vacate the property within seven days.

The High Court in 2003 directed that the settlers be evicted, but the deputy sheriff, under unclear circumstances, did not serve the order.

According to church officials, the deputy sheriff together with the church lawyers finally served the eviction papers to the settlers on Wednesday, two decades after the farm was occupied at the height of the chaotic land reform programme in 2000.

The order granted by High Court judge Justice George Chiweshe reads: “The respondents and any persons claiming through them as well as other persons presently in unlawful occupation of Cyrene Farm, Figtree, be and are hereby ordered to vacate Cyrene Farm together with all their property and possessions immediately upon service of this order, failing which the deputy sheriff of Bulawayo with the assistance of officer-in-charge Figtree are hereby authorised and directed to evict the respondents.”

Church authorities were concerned about the new wave of invasions as settlers were encroaching onto the church’s Cyrene High School grounds.

Officials said if the settlers did not leave the farm by Wednesday next week, a forced ejection would be conducted in accordance with the court order.

Farm workers and church officials said of late, the invasions had escalated, with the settlers allegedly vandalising fencing material and destroying the environment as they pan for gold.

Church authorities recently appealed to President Emmerson Mnangagwa to intervene and stop what they described as lawlessness and wanton illegal occupation of Cyrene Farm. Matabeleland South police spokesperson Chief Inspector Philisani Ndebele recently urged the church to secure a court order so that police could assist them with evictions.

Newer Post
‘23 000 transformers, 76 000 cables lost to vandals in Byo’
Older Post
“Fear runs down the spine of many of our people”