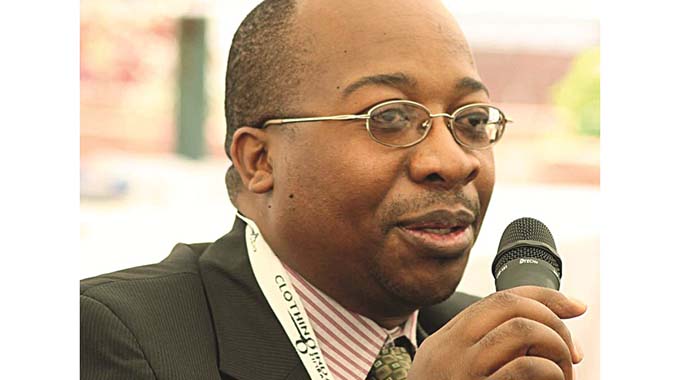 Elita Chikwati and Prosper Ndlovu
CEMENT producers have allayed fears of a shortage of the product and urged customers to act responsibly to avoid upsetting the market. This came as the Confederation of Zimbabwe Industries (CZI) called for a meeting today to get the facts on what has caused the shortages.

The producers said the current situation on the market was temporary as a result of annual maintenance works at their plants.
Unscrupulous traders have taken advantage of the apparent shortage to fleece customers by increasing the price of cement from about $11 per 50kg bag to $20.

“We are still to find out what is causing the shortage of cement on the market,” said CZI president Mr Sifelani Jabangwe.
“We will be meeting tomorrow (today) to find out more details concerning the issue.”

The country’s biggest cement manufacturer, PPC yesterday said there was no reason for panic buying.
PPC managing director Mr Kelibone Masiyane said the perceived shortage was temporary and attributed it to annual maintenance works at their plants.

He said PPC had capacity to meet all domestic cement needs.
Mr Masiyane also said PPC had not increased the price of cement.

“The cement industry in the country has the capacity to produce over two million tonnes of cement per annum, adequate to satisfy the current market demand estimated at 1,3 million tonnes,” he said.

“With regards to escalated cement prices on the market, PPC Zimbabwe can assure customers and other stakeholders that our factory prices have not increased since April 2012 in support of the country’s developmental objectives.

“As a company, we appeal to our customers to avoid panic buying as this is likely to compound the situation. We are continuously engaging our retailers to act responsibly with regards to cement pricing in the market. We further advise customers to procure their cement requirements from our approved stockists.”

PPC said it would not speak on behalf of other producers, but stressed its factories had the ability to supply the existing market with quality products.

Mr Masiyane said PPC Zimbabwe was operating at peak following the recent planned annual kiln maintenance undertaken at its Colleen Bawn factory in preparation for increased demand anticipated towards the latter part of the year.
PPC has another giant plant on the outskirts of Bulawayo.

“The annual maintenance has achieved its objectives of unlocking efficiencies and optimising production,” he said. “As a reflection of our continued commitment to Zimbabwe, we commissioned a $85 million Harare milling plant in March 2017 in anticipation of upsurge in the cement demand.

“This investment has allowed us to fully serve the growing northern market of Zimbabwe better and more efficiently. PPC Zimbabwe has implemented various initiatives to mitigate the liquidity situation in the country. These initiatives include exporting two percent of our production capacity to neighbouring countries and local sourcing of input materials to ensure that the domestic cement supply is not compromised.”

Gweru-based Sino-Zimbabwe Cement said its operations were normal and ruled out any fundamental changes in the macro-economic climate.

The temporary shortage of cement has upset the construction sector and appears to have caught the market off-guard.
Most hardware stores that normally sell cement have run out of stock, while prices have increased to between $15 and $20 a bag compared to the recommended retail prices averaging $11.50 for PC and $10 for masonry.

Cement and Concrete Institute of Zimbabwe (CCZI), which consists of Lafarge, PPC and Sino-Zimbabwe, released a joint statement this week citing increased demand for the product.

“The sharp rise in demand requires that all cement manufacturers operate their plants at 100 percent capacity utilisation to satisfy the market,” it said. “This is, however, not possible due to incessant plant breakdowns caused by spares shortages.
“Under the current economic conditions, the industry has been facing significant challenges in procuring spare parts from foreign suppliers as access to foreign currency remains difficult.”