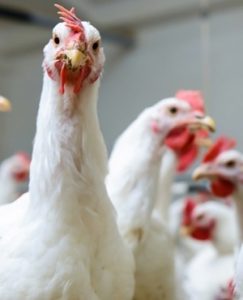 A countrywide chicken shortage reportedly caused a famous fast food outlet in Zimbabwe’s second city of Bulawayo to run out of chicken, forcing it to close its doors earlier than usual on Monday, leaving customers stranded.

According to the state-owned Chroniclenewspaper, Chicken Inn outlets in the central business district closed as early as 15:00, after the shortage affected the outlets’ supplier.

A senior official at Chicken Inn, Warren Meares, said everything was expected to be back to normal on Tuesday, and that they were talking to other suppliers.

The fast food outlet was famous for its “Munchie Mondays” special, which entails buying two pieces of chicken and chips, and getting an extra piece of chicken for free.

The fast food outlet made national headlines after President Emmerson Mnangagwa’s motorcade made an unexpected stop at one of its stores to buy lunch during one of his election campaigns.

According to the state-owned Herald newspaper, Mnangagwa commandeered his motorcade to Chicken Inn, bringing the food outlet to a standstill as patrons tried to get a glimpse of the country’s number one.

Mnangagwa ordered a two-piece meal and a Minute Maid, and even tipped the cashier who served him.