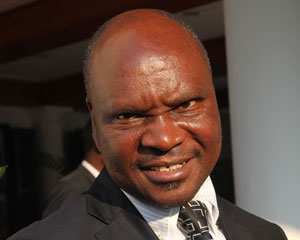 THE Confederation of Zimbabwe Industries (CZI) has proposed the adoption of supplier development programmes in the country so that mines and suppliers work together to resolve issues hindering linkages.

Speaking at the Mining, Engineering and Transport 2017 conference in Bulawayo recently, CZI president, Sifelani Jabangwe said only 11% of supplies in the mining industry originated from local manufacturers.

He said efforts to increase domestic procurement had been driven through the joint suppliers and producers committee and this had started to bear fruit.

“There is need for accelerated implementation as a significant number of local suppliers are on the brink of collapse due to low workload,” he said.

To ease this problem, Jabangwe said there was need for a tool to close the gap between producers and supplier positions. He said one such tool was a supplier development programme.

“This entails that mines and suppliers work together to resolve issues hindering linkages,” he said.

“So they should not fail here in Zimbabwe. What we need to avoid is lip service without action,” he said.

“Whilst we talk, others implement and they move ahead. Certainly it has not been everyone who has not acted and I would like to applaud those that have acted and have been developing local suppliers.”

Supplier development programmes have been implemented in other countries to start up new companies that provide services to mines because no supplier companies had been in existence prior to this process.

“Here in Zimbabwe, we have existing but under-performing companies,” he said.

“If we run with supplier development processes as strategies to fulfil the objective of strengthening linkages, it cannot be said that some mines are not engaging with companies that are available in the country because they are not efficient or their capacity or quality is not good enough,” he said.

“We should be stating that although the product is not good enough, our supplier development programme is now at this stage.

“There are mines that have acted to increase local content but I believe it is not enough,” Jabangwe added.

“It is not enough until our statistics reflect that we have done more.

“It is not enough until we start seeing the evidence of such support in the cities such as Bulawayo, which has engineering companies which heavily depend on service provision to the mines.”

He said Buy Zimbabwe should set up its own measurement of the local content index as this would provide an independent review process to tell whether they are making progress or not and assist to track progress in specific areas.

“Otherwise we will continue to talk and talk. We must be able to clearly demonstrate how far we have gone towards ensuring that we meet the 75% local content expected from the mines by His Excellency,” he said.

“If we cannot measure the local content, then we have not started our work as you cannot control or implement what you cannot measure. We should be able to report to all stakeholders the current status of local content in the mining sector using a verifiable and independent measure,” he said.

Jabangwe said it had been found that even for sectors where legislation had been put in place, it took time to gain traction.

He said cement companies cumulatively consumed about 2 000 tonnes of mill balls per month valued at $2 million but very little of this was supplied by local foundries.

Local mines consume about 200 tonnes of manganese mill liners per month but only 5% of this is supplied from local foundries and engineering companies.

“It is expected that Buy Zimbabwe will provide the local content index measurements to help track progress,” Jabangwe said.

“An annual report is expected to be presented here at the next Mine Entra.

“I propose a target of 22% local content to have been achieved against the probable current 11%.”