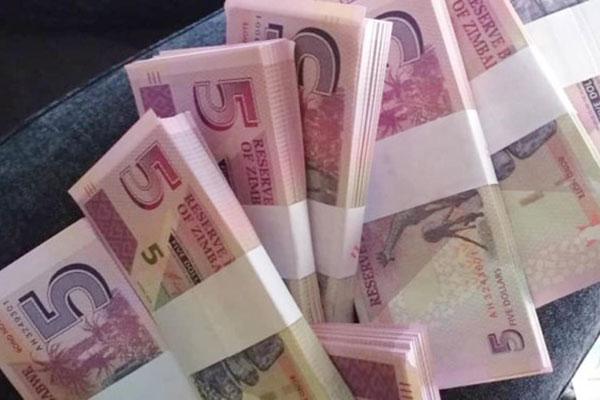 THE Confederation of Zimbabwe Industries (CZI) has warned that the local currency faces imminent collapse and called on government to come up with alternative policy measures to restore confidence in the financial services sector.

In a report published on Monday titled The Currency Situation and Recommendations for Change, CZI expressed concern over the pace at which the local currency was depreciating in value against major currencies.

The statement by Zimbabwe’s largest industry lobby group comes a few days after top economists told MPs during the 2022 pre-budget seminar in Harare that Zimbabwe might dollarise soon.

“We are, of course, concerned about the response by the authorities so far, which was to blame players in the foreign currency markets as the sole cause of the currency instability,” CZI said.

“This instability has been primarily driven by the unrelenting increase in money supply, the arbitrage windows that policy seems to continue to create, increasing imports on the back of decreasing export competitiveness, and bulky payments for agricultural produce and to contractors.”

CZI said the psychological scars of the hyperinflationary period still ran deep in the psyche of economic agents in Zimbabwe, who are going to extraordinary lengths to procure foreign exchange in order to preserve value.

“Within such a context, running fiscal and monetary policies is nightmarishly difficult. We have had to pay for a massive harvest to farmers in a currency that they do not want. It is little wonder that these payments have led to depreciation of the currency on the open market,” CZI said.

The industry body said pressure on forex markets had been worsened by delays in settlements at the auction system, adding that instability on the market had prompted an aggressive administrative response from the authorities.

“If the crackdown continues, this will send the economy into a hyperinflationary tailspin destroying all the gains of the previous 12 months.”

CZI said forex bids should be settled within two weeks at an absolute maximum, adding that the standard rule of a Dutch auction where the highest bidders are allocated in full must be implemented.

It also proposed a temporary reduction in the total amount to be allocated at the auction market to about $25 million or less over the next three weeks while clearing the auction backlog.

CZI said the Dutch foreign currency auction in Zimbabwe had been distorted by a lagging supply stretching over 15 weeks in some instances, which was adding to the pressure on foreign exchange due to large payments to farmers and contractors.

“These factors are the main drivers of the widening parallel market premium. With this widening premium arbitrage, distortions and inflation pressures are entrenching.

This has also increased preference for the USD (United States dollar) among economic agents making the Zimdollar vulnerable and the inflationary environment precarious,” CZI said.

The industry group said the current reserve money target growth rate of 20% per quarter was too high in compounded terms per annum under conditions of confidence erosion.