Daggers out over Gumbura estate 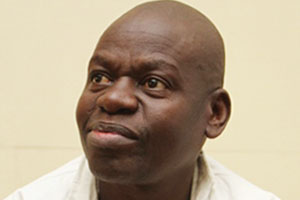 BY DESMOND CHINGARANDE
Tempers flared at the Master of the High Court offices yesterday as relatives of the late RGM End Time Message church founder Robert Martin Gumbura haggled over the appointment of an executor for his estate.

Gumbura succumbed to COVID-19 in August this year after serving less than five years of his 40-year prison term for raping several female congregants.

The late cleric was serving his jail sentence at Chikurubi Maximum Security Prison, where he died, leaving behind a vast empire.

The issue pertaining to distribution of his estate was heard by Assistant Master of the High Court only named as Hamandishe, who was told that Gumbura’s 17 widows who were represented by Lovemore Madhuku were in favour of their nephew Chivimbiso Thomas Nyathi as the executor of the estate, while other family members that include the cleric’s brothers and sisters were allegedly in favour of Gumbura’s young brother, Innocent.

Gumbura’s widows appeared in court all dressed in black outfits and dark sunglasses.

They remained calm during the proceedings, while their aunties and the late Gumbura’s brothers spoke in high-pitched voices during the hearing.

Some of Gumbura’s children also came in solidarity with their mothers, and they supported their mothers’ choice of Nyathi as the executor of the estate.

Madhuku said the issue of who would be the executor had caused the hearing to take long to conclude.

“All the wives chose Gumbura’s nephew Chivimbiso Thomas Nyathi, but other relatives were totally against it. They wanted Gumbura’s brother Innocent to be the executor, that’s why the hearing took so long. But the master was very clear that the court has to take into account the views of potential beneficiaries,” Madhuku said.

He added that the next step was for Gumbura’s nephew to be formally appointed as executor of the estate before an advert of the late cleric’s estate will be published to enable debtors and creditors to come forth.

Gumbura’s brother insisted that he was the rightful executor since he played the role of father to the late pastor’s children.

He said he was the one who represented the children during the time his brother was in custody, in marriage ceremonies, and in all processes that required someone to play the father figure.

But Hamandishe told Innocent that the appointment of another executor did not necessarily mean that he would be stripped of his fatherly role.

Madhuku also applauded Gumbura’s official widow for accommodating her co-widows despite the fact that she was the only one who formally wedded the late convict.

Apart from the 17 widows, Gumbura left behind 34 children, an estate comprising a compound that includes a central home, multiple surrounding cottages and a church building.

Gumbura also had 11 houses, a farm, mine and a fleet of 20 vehicles.

He also left behind 18 minor children, with the youngest one aged seven.

He was initially slapped with a 50-year jail term, but 10 years were set aside on condition of good behaviour.

Gumbura was also convicted for possession of pornographic material.

At the time of his death, he was facing another charge of trying to break out of Chikurubi Maximum Security Prison.