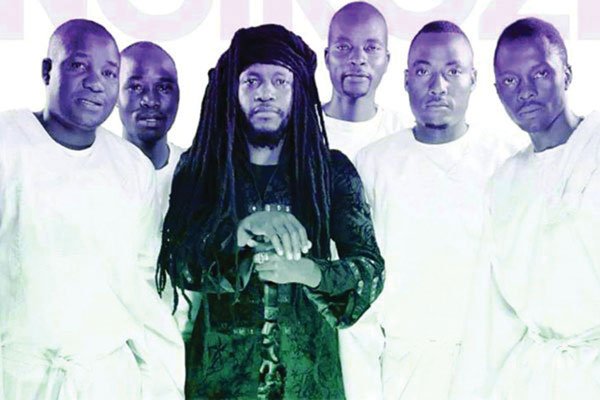 MUSIC has since time immemorial provided some soothing to people in difficult times. As Zimbabwe stands on the precipice following the controversial July 30 elections won by President-elect Emmerson Mnangagwa and his Zanu PF party, several songs will probably be on the playlist of those that felt cheated by the turn of events.

With so much tension and everything virtually on “pause” as MDC Alliance leader Nelson Chamisa and his lawyers prepare for a court challenge, there is fear in the country as soldiers have gone on a rampage in high-density suburbs, allegedly targeting opposition activists.

Many civilians have been caught up in the crossfire. Going out is scary — even for those desperate to drown their sorrows in bottles of beer as nightspots are no longer safe places to hang out during the night.

The sound of music has literally died down in many night spots as traumatising images of people brutalised by security operatives and news of abduction of people in the dead of the night continue to circulate on social media. The soundtrack to this is an eerie bugle, a song of death and despair.

It is at this time that perhaps divine intervention is desperately needed and local dancehall musicians like Killer T, Tocky Vibes and Winky D must have been prophetic. From some of their most recent songs, it sounds like they had seen the heart-breaking images of wounded men and women lying helplessly in the streets of Harare after being shot by marauding soldiers.

They could have foreknown the country would once again experience savage attacks on unarmed people in beerhalls and at shopping centres such that months before it happened, they decided to do the weird and unusual thing of bringing an apostolic and gospel flavour to their music.

And quite fittingly, all the songs sound like a call for divine intervention and, as much as they dominated the dancefloor months back, it appears now is the time for those songs.

It all started with Tocky Vibes when he did a splendid job of blending into Kubata Kwashe Choral group in the song Muzita Rashe. Kubata Kwashe anchor the song with their mellow vocals and signature clap and rattle sound. The sound is flavoured with a whirring keyboard sound.

The lyrics are more for anyone who is frustrated by the continued political instability and economic turmoil and striving to live an honest life against all odds, the Zimbabwean who is surrounded by broken dreams, poverty, and unemployment.

It is a song of resignation to fate, an acceptance of the situation and deference to God on everything.

Tocky’s song, released in January, did not quite make it until Winky D released Dzika Ngirozi in a collaborative effort with apostolic choral group Vabati VaJehovha.

It was immediately clear that the song, which is a call to the angels to intervene in difficult circumstances, had political undertones and indirectly touched on family separation after millions of Zimbabweans fled the country for political and economy reasons.

Now, more than ever before when the State security agents are descending on Zimbabweans like in the 2008 scenario when no one was safe, the angels sure have to come down so we can find grace to navigate the sharp terrains in the road ahead — politically and economically.

After Winky D, Killer T produced an album that carries the hit track, Dzika Maria. Although he did not involve an apostolic group, the song carries key elements of apostolic choral music — from the drumbeat, claps and rattle sounds.

In the song, Killer T is calling on Mary, the mother of Jesus — believed to play a motherly intercessory role in some Christian traditions, particularly among the Catholics — to help a hard-pressed people find succour in difficult times.

Far from the political and economic circumstances in the country, it appears this trend of blending apostolic choral music into dancehall is quite a phenomenon that deserves noting, given how society normally associates the latter with ganja, sex and other “unorthodox” conduct, whereas apostolic choral music is associated with conservative behaviour and divinity.

This also came at a time the apostolic choral groups, notably Vabati VaJehovha, appeared to have been fading into oblivion and it was ironic that dancehall music was the one to bring them back to the limelight.

Whatever motivated the trend, it is a positive thing for music in Zimbabwe as it breaks barriers and brings to reality that art is dynamic and no combination is bad, because after all, it is about creativity and bringing something new to the scene.

Newer Post
Zimbabwe 2018 Elections: Was the voice of the people heard?
Older Post
Zimbabwean security forces round up opposition leaders in secret crackdown