HARARE-As the world commemorates the Day of the African Child, Zimbabwe is one of the countries lagging behind in implementing a continental agenda that seeks to restore the dignity of the African child through a rights and welfare-based approach. 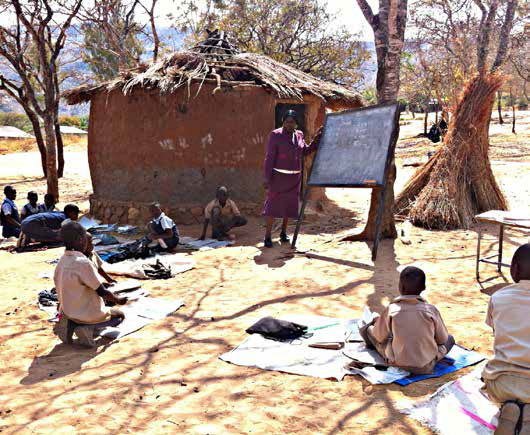 The day has been commemorated annually since 1991, with Zimbabwe regularly organising events locally to mark the day. On paper, Zimbabwe has a Constitution containing progressive clauses that seek to protect the rights of children and uplift their welfare. National legislation such as the Children’s Act and the adoption of programmes such as pre-trial diversion of juveniles who come into conflict with the law are all examples of a country that seems aware of its obligations to children.

But that’s just on paper. In reality, children in Zimbabwe are still battling to realise their rights enshrined in the Constitution, which largely mirror continental aspirations spelt out in Agenda 2040. For Zimbabwean children, enduring human rights violations is a daily routine. Authorities such as school headmasters, council officials and state security agents and prosecutors –all who should be at the forefront of promoting children’s rights – are turning out to be the worst perpetrators.“Access to a child-friendly justice system remains largely beyond the reach of the vast majority of children in Zimbabwe…… With the outbreak of the coronavirus pandemic which is disrupting access to essential services for children including education, health-care and food among other basic necessities, access to justice is critical.

The overbearing and overriding measures adopted by governments in a bid to ensure safety and security in the context of a health pandemic has further diminished the opportunities for children to access mechanisms of justice,” said human rights lawyer and Zimbabwe Lawyers for Human Rights (ZLHR) Executive Director, Roselyn Hanzi.

As she leads the country’s leading legal defence group, which has been at the forefront for the past two decades, Hanzi is intimately aware of the suffering that Zimbabwean children endure at the hands of the same authorities that are tasked with protecting their rights. Using a combination of litigation, mediation, advocacy and public awareness programmes, ZLHR has led the fight to assert the rights of children and ensure that their welfare issues are addressed.

For many Zimbabwean children, entitlements enshrined in the Constitution such as food, water, health, education, shelter and religious freedom are still a pipedream. “Such a state of affairs is unacceptable for a country that has been independent for 40 years and is party to international instruments such as the United Nations Convention on the Rights of the Child and the African Charter on the Rights and Welfare of the Child,” said Hanzi. “That is why ZLHR continues to intervene to make sure that both state and non-state actors are delivering on their obligations to children,” she added, noting that Zimbabwe’s situation in terms of realisation of children’s rights is still precarious despite the unrelenting efforts of ZLHR and other organisations and individuals.