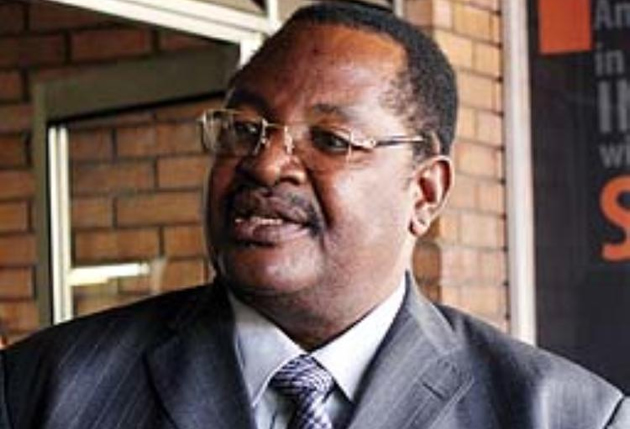 Tinomuda Chakanyuka, Senior Reporter
PRESIDENT Emmerson Mnangagwa will take his campaign trail to Matabeleland North Province next month where he is expected to address a star rally, as the party gears for this year’s harmonised elections.

Zanu-PF National Secretary for Administration Dr Obert Mpofu told party supporters from Umguza District yesterday that the President’s star rally in province was scheduled for 2 June. He said party structures in the Matabeleland North Province should start preparations for the rally.

“President Mnangagwa is coming to Matabeleland North on 2 June to hold a star rally. All districts in the province should start preparations for the rally. I know Umguza will not disappoint. You will come in your numbers as you have always done,” said Dr Mpofu who is also the party’s candidate for Bubi-Umguza senatorial seat.

“In the 2013 elections, the party’s presidential candidate got 17 000 votes from Umguza and I got about 16 000. We were the only constituency with such statistics. Now that primary elections are over, let’s all unite and work for the party to win the elections. We can never win elections if we are divided,” he said.

Dr Mpofu also read the riot act to some party members in Umguza who are reportedly hobnobbing with members of the opposition and sabotaging the party. He warned party members who lost the party’s primary elections against decampaigning the elected candidates.

“Ward 14 and 19, there are problems there. You should put your houses in order and start working for the party. We received reports that some party members were working with some Zapu members during primary elections. That should stop,” he said.

Dr Mpofu also responded to claims of candidate imposition in the Matabeleland North Province during the primary elections.

He said the claims were baseless and clear cases of sour grapes as the province held the cleanest primary elections countrywide.

“There was no imposition of candidates in this province, as claimed by some people. Only two candidates went uncontested in the entire province. Everywhere else primary elections were held and people chose their preferred candidates. We allowed everyone to contest. Some had been disqualified but I said no one from the province would have their CVs disqualified. You can’t enter a race and lose then claim there was imposition. It’s impossible,” he said.

Added Dr Mpofu, “People should not use terms that they don’t understand. Look for the meaning of imposition first before using the word. Matabeleland North Province held the cleanest primary elections countrywide and there were no reruns. Let’s stop spreading lies, lies won’t build the party.”

Turning to the party’s elected candidate for the Umguza National House of Assembly constituency Cde Richard Moyo, Dr Mpofu urged him to further his studies to stand a chance of being appointed to Cabinet, in the most likely event, that he gets elected.

“Chairman, you should study, further your studies or we will end up losing a ministerial position here. I did my Masters degree at Fort Hare and did my Phd with ZOU. I didn’t study to look for employment but I studied to gain knowledge,” he said.

Speaking at the same meeting, Cde Moyo echoed Dr Mpofu’s sentiments urging party members to bury the hatchet and work together for the party. He also rubbished claims of imposition of candidates in the province and urged disgruntled party members to get over their misplaced unhappiness and start working for the party. The meeting also saw Cde Sikhanyisiwe Mpofu, Dr Mpofu’s wife introducing Zanu-PF candidates in Umguza District for Senate, the National Assembly, Council, Women’s Quota and Provincial Council.

Newer Post
ZACC boss sued for $200k
Older Post
There will be no re-runs in Mat South: SK Moyo