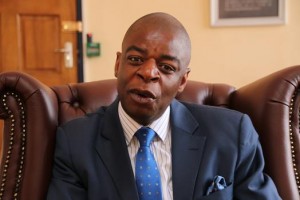 In a High Court claim lodged on Tuesday, the parties’ lawyers Kantor and Immerman say their clients were hurt and injured by the latter’s recent media statements that their property developments were mired in corruption.

“The plaintiffs’ claim is against all the defendants… the one pay the others to be absolved for damages in the sum of $200 000, and interest… at the rate prevailing… in the Supreme Court of the United States of America with effect from May 4, 2018 to date of final payment (or alternatively)… the prescribed rate applicable in Zimbabwe from May 04..,” the summons said.

About two weeks ago, Nguni said ZACC was investigating HCZ and Molai for irregularly accessing $18 million-plus from the National Social Security Authority, that the land was even financed by the National Building Society and no council approvals had been given for the projects.

In the aftermath of the stinging allegations, it turned out that ex-labour minister Patrick Zhuwao was not involved in okaying the Caledonia real estate venture, but his predecessor Prisca Mupfumira.

And the cigarette tycoon, and HCZ have not only resorted to taking newspaper adverts to rebut Nguni’s insinuations that the housing developments had also been primed to benefit Robert Mugabe’s family, but underscore that the eastern Harare project was “superior enough and above board to transform that part of the capital”.