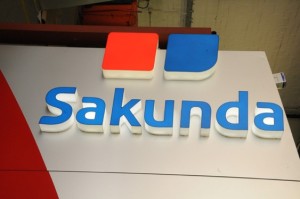 AN ambitious $250 million diesel powered electricity plant conceived to plug a supply deficit has only succeeded to generate debts for the parties concerned – Sakunda Holdings and State utility ZESA.

Sakunda owes ZESA about $9 million in penalties after failing to deliver a contracted 100 Megawatts (MW) per hour into the national grid from the Dema Power Plant, while the power utility itself owes the energy and commodities firm an unspecified amount.

The diesel plant, slated by critics and energy experts as uneconomic, has not produced any power for the past six months, owing to fuel supply problems amid reports it had run up huge losses.
The plant, located about 40 kilometres south of Harare, was set up to provide emergency power in the wake of electricity shortages due to low water levels in Kariba Dam. Zimbabwe currently generates an average 1 000 megawatts, about half of its peak demand.

According to the contract signed between Sakunda and ZESA seen by The Financial Gazette, Sakunda was supposed to supply 100MW at $0,15c/MW. Failure to deliver would attract a $1,5 million monthly penalty for violating contractual obligations. Similarly, if ZESA failed to pay for the supplied electricity, it would also be required to pay a $1,5 million penalty to Sakunda.
A ZESA insider confirmed to The Financial Gazette that the State utility provider was indeed owed by Sakunda, but also pointed out that the parastatal also owes the fuel company.

“The money has been accumulating since Sakunda stopped producing at Dema. The arrangement was that they would supply or pay if they failed to supply. However, you also need to keep in mind the fact that ZESA owes them much more than what they owe,” the source said.

The Financial Gazette could, however, not establish how much Zesa owes Sakunda.
Initially, awarded with National Project Status, the project saw Sakunda being exempt from paying duty on fuel imported for the project. The short-term initiative implemented to alleviate the country’s power shortages saw Sakunda investing about 225 generators at the site.

There have been allegations that part of the duty-free fuel, ring-fenced for the power plant, was finding its way into the market, although there was no evidence to corroborate this. Nonetheless, sources said the allegations led to government withdrawing the duty free privilege.

It is understood that after withdrawal of the duty-free arrangement, Sakunda began realising monthly losses of between $800 000 and $1,3 million from the plant, rendering the project too expensive to maintain.

Efforts to get a comment from Sakunda chief executive Kuda Tagwirei proved futile as his mobile phone went unanswered.

The plant, located south of Chitungwiza town and requiring 460 000 litres of diesel daily, was reportedly erected without the mandatory environmental impact assessment.

It was also recently reported that the executive bypassed Parliament in awarding Sakunda its duty- free certificate.