Leonard Ncube Victoria Falls Reporter
THE Zimbabwe National Defence University (ZNDU) has entered into a partnership with University Utara Malaysia (UUM) where the two institutions will collaborate to foster global peace and security.

The announcement was made at the two-day International Conference on Peace, Security and International Studies last week in Victoria Falls.

ZNDU Vice Chancellor and Commandant Air Vice Marshal Michael Tedzani Moyo and UUM Vice Chancellor Professor Mohammed Othman presided over the launch of dual degree programmes in Master of Strategic Studies offered by UUM and Master of Science in International Studies offered by ZNDU, launch of a special PhD programme, a grant and African Studies Research Unit on which the two institutions will work together henceforth.

Officially opening the conference, Defence and War Veterans Affairs Minister Oppah Muchinguri-Kashiri, who was guest of honour, said the partnership is of mutual benefit.

She said the partnership could not have come at a better time than the new political administration under President Mnangagwa.

“I’m very excited by this partnership as it’s coming at an opportune time when we have a new mantra where the President is emphasising on re-engagement.

“The partnership is expected to play a major role on how we can develop to further our foreign policy of re-engagement as we have been isolated for a long time,” said Minister Muchinguri-Kashiri.

She said Zimbabwe needs a conducive environment to address socio-economic and political issues hence the two universities should play a major role particularly in research on geo-politics, economics and globalisation.

“We need a new thrust and way of thinking which emphasises on the importance of research and it’s imperative that universities assume a leading role in this regard and evolve into centres of excellence on peace and security related matters,” Minister Muchinguri-Kashiri added.

The minister said the new dispensation draws inspiration from Malaysia which is one of the eight Asian Tigers.

She said the Asian country has been leading in terms of investing in universities and research which Zimbabwe should take advantage of and build on government-to-government relations enjoyed by the two countries.

Minister Muchinguri-Kashiri challenged ZNDU to respond appropriately by investing more in critical thinking and research, which is needed in the political, economic, cultural and social spheres that are influencing knowledge and learning systems in the 21st century.

The partnership was mooted in August 2016 when a Zimbabwean delegation attended a conference on international studies in Kuala Lumpur, Malaysia.

The two universities signed a Memorandum of Understanding in March last year with the purpose of enhancing transcontinental academic collaboration.

The partnership entails among other things, students and staff exchange programmes, joint research and supervision and establishment of joint degree programmes.

The minister said the theme: “Evolving Afro-Asian synergies on peace, security and international development in the 4th industrial revolution era” is more befitting and resonates well with the global changes.

The Commander of the Zimbabwe Defence Forces, General Philip Valerio Sibanda, also said the conference seeks to provide a networking and interdisciplinary platform for diverse stakeholders to exchange ideas on contemporary issues and generate public interest on peace, security and development. 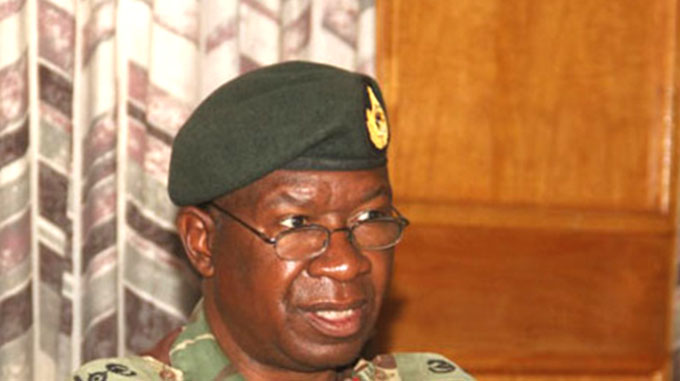 Air Force of Zimbabwe Commander Air Vice Marshal Elson Moyo said modalities are being worked on with regards to implementation of the partnership as well as expansion of programmes to the general public.

Established in 2012 as the Zimbabwe National Defence College, ZNDU was transformed into a university in March 2017 in terms of Statutory Instrument 38 of 2017 and Section 5 of the Defence Act Chapter 11:01.