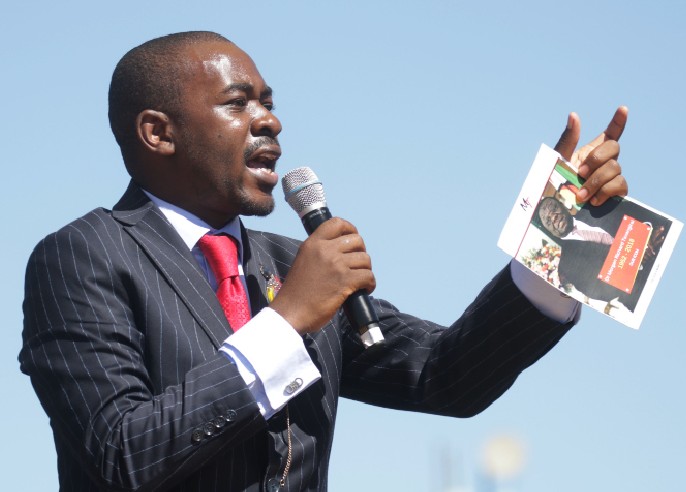 At some point Chamisa is said to have used a motorbike to travel to Mbire to evade his adversaries.

According to MDC Alliance officials, state security agents and some Zanu PF supporters were trailing Chamisa’s convoy and the opposition leader was forced to abandon it.

Chamisa yesterday refused to comment on how he reached Mbire saying: “It’s a security issue, I cannot discuss that.”

He told MDC Alliance supporters to prepare for the 2023 elections.

“We are imploring you to vote for regime change,” Chamisa said.

“May the youth, churches, business community, village heads and everyone know that it is now time for regime change.

He promised party supporters that the MDC Alliance would soon adopt a new name after the Douglas Mwonzora led MDC-T’s threats to use it in future elections.

Chamisa was accompanied by his deputy Tendai Biti and several senior party leaders.

The MDC Alliance leader has visited Masvingo, Mashonaland West and Manicaland where he was met by huge crowds during several stop-overs.

In Manicaland, the MDC Alliance said there was an attempt to kill Chamisa after a car he was travelling in was allegedly shot at by people that had been trailing him.

Chamisa, who narrowly lost the disputed 2018 presidential elections to President Emmerson Mnangagwa, is expected to face the Zanu PF leader again in the highly-anticipated polls.

There are already fears that the polls would be marred by violence given the rising tension between Zanu PF and the MDC Alliance.

Newer Post
Letter to my people: The terrible optics from trip of shame
Older Post
Girl (15) buried with knife lodged in body