Boulders as big as motor cars were dislodged in Zimbabwe’s eastern Rusitu Valley by Cyclone Idai, sending a deadly torrent down a river and wiping out 160 houses in its path. The landslides in Rusitu and the nearby town of Chimanimani are the reason so many people are missing, presumed dead beneath the rocks and rubble.

Chimanimani and Rusitu along Zimbabwe’s moist Eastern Highlands are areas that normally receive high rainfall, year after year. There is growing speculation that deforestation and poor land practices in the area have severely compromised its ability to withstand what nature hurls at it.

“Large tracts of land are being denuded of trees which are being chopped for uses such as firewood, charcoal making and the illegal wood trade,” Charlene Hewat, manager of Zimbabwe-based Greenline Africa Trust told RFI.

“This deforestation has contributed to increased land degradation and landslides.”

One long-time Chimanimani resident told RFI that changes in land use over the past 24 years had “most definitely” contributed to the landslides that devastated places like Ngangu suburb, where more than 100 were killed. 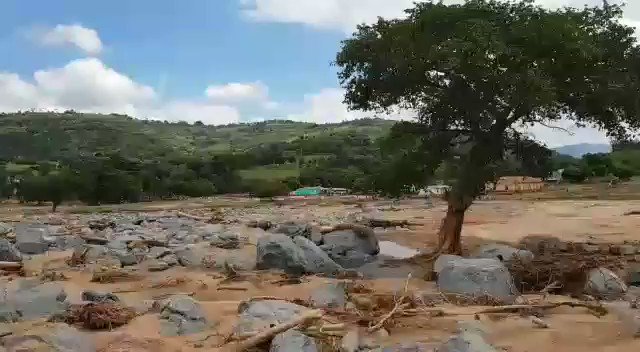 The full physical and psychological impact of #CycloneIdai in #Zimbabwe can never be accurately quantified. In Kopa, Chimanimani, a settlement of over 100 houses was washed away. Some of the villagers have proposed that the area be fenced off and marked as a shrine.

The resident, who asked not to be named, said this included the building of houses higher up hillsides.

She admits though that “there are areas which slipped where very little disturbance has occurred.”

The government says it will be stricter on where people build their houses in future. Local Government Minister July Moyo told cabinet this week: “There is need to really study the ecosystem in Chimanimani, Chipinge and those affected areas and be able to say to ourselves: is this the way we want to settle people?”

In contrast the Vumba mountains to the north of Chimanimani were able to withstand similar amounts of rain. The Vumba comprises mostly intact evergreen forest and natural grasslands.

Writing on Facebook after Cyclone Idai Vumba resident Ben Freeth compared the area’s natural ability to absorb rain t.o “a person at a very drunken party who was somehow, against all the odds, able to hold their drink and remain sane and sensible and pleasant to be around and not fall over.”

It’s not just in Zimbabwe where deforestation conc.erns have been raised. 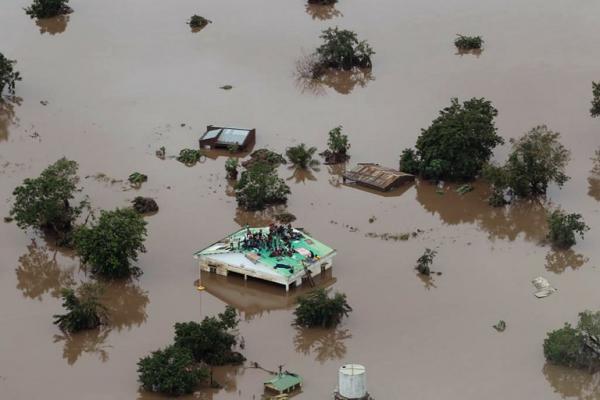 In a blog post the Western Indian ocean Deltas Exchange and Research Network (WIoDER) said denuded hills in catchment areas of major rivers meant the downpour could not “be slowed down, nor infiltrate into the soils, nor be absorbed by the (absent) vegetation.”

Said Zimbabwe’s Hewat: “The question is, when will we human beings realise the importance of trees and stop the uncontrolled chopping?”