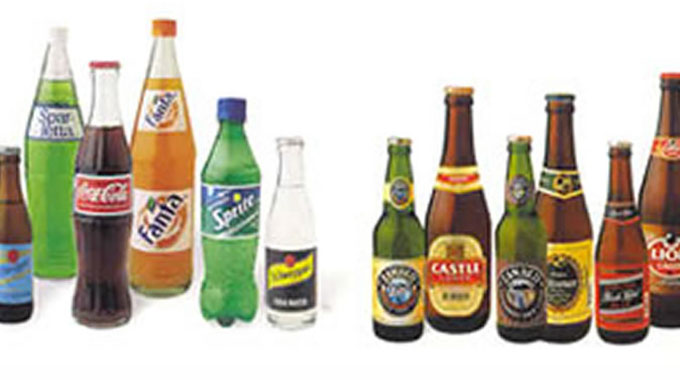 Beverages giant, Delta Corporation Limited has said foreign currency shortages continue to have a knock on effect on its business especially packaging material, although earnings were positive in the first quarter to June 30, 2018.

The current operating environment, though with a positive sentiment and outlook, is still constrained by foreign currency shortages, a situation likely to remain in the near future.

This is expected to compromise the beverages maker’s ability to service its market, together with other companies that need to procure basic raw materials.

“There were significant product supply gaps arising from the shortages of imported raw materials and services as the access to foreign currency remains constrained.

The soft drinks category in particular was adversely affected by the challenges in securing raw materials, leading to extended periods of production stoppages and out of stock situations.

In Zimbabwe, the sorghum beer volume fell 5 percent due to shortages of packaging materials for the Chibuku Super, although product supply improved by end of the quarter.

Indications are that Delta’s associates, African Distillers Limited, Schweppes Zimbabwe Limited and Nampak Zimbabwe were all constrained by foreign currency shortages to import essential raw materials especially for packaging during the financial year 2017.

Delta needs between $60 million to $75 million to meet foreign obligations annually and has been struggling to get this allocation from the central bank.

This has resulted in intermittent shortages in some key raw materials, affecting mainly the sorghum beers and sparkling beverages.

Sparkling beverages take up circa 50 percent of these foreign currency requirements as the imports include the concentrate as well as packaging.

All beverage categories recorded increases in revenue which positively impacted on the bottom-line.

Lager beer volumes went up 56 percent over prior year for the quarter for matching the historical peak run rates post dollarisation.

Volumes for the sparkling beverages category rose by 23 percent over prior year for the quarter. In the sorghum beer category, the product mix shifted to Chibuku Super which grew by 28 percent to contribute 84 percent of the volume.

Market watchers are guiding further growth in Delta’s earnings this current financial year. Measures by management to contain costs and remodel products in line with the evolving styles and market trends should result in higher sales, better margins and will be a defence measure for the beverages manufacturer.

Additionally, this is an election year which is expected to increase demand for alcohol at rallies and other gatherings during campaign processes. — Business Weekly.