Delta Beverages says its Belmont plant in Bulawayo is operating below capacity as the company has not been able to import spares because of the foreign currency shortages. 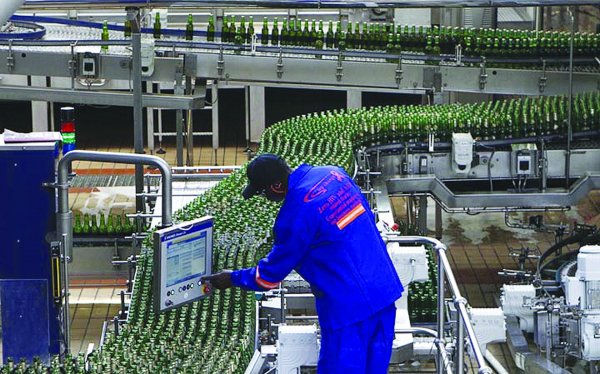 During a tour of the Belmont manufacturing plant, factory manager Enita Moyo said the plant was operating at 80% capacity and is in dire need of spare parts as most of the machinery has worn out.

Moyo said the state of the plant was impacting productivity and sales in the market.

“For the past three years, we have not been able to import spare parts such as electronic bottle inspector (EBI), white grease, among others, due to foreign currency shortages. As a result, this has affected our production,” Moyo said.

Industry and Commerce deputy minister Raj Modi, who toured the plant, said government would continue to support the company.

In a trading update, the company reported that the soft drinks business was affected by the lack of foreign currency to import raw materials.

Revenue was up 24%, driven by its beer business while soft drinks volumes were down 26% in the nine months to December.

Sorghum beer volumes grew 15% compared to the previous year, although there were supply gaps due to shortages of packaging material and plant breakdowns as a result of shortages of foreign currency.

The beverage maker requires between $60 million to $75 million to meet foreign exchange obligations annually and has been struggling to get this allocation from the central bank.

Early this year, the company announced that it would sell its products in forex, but government rescinded the move.