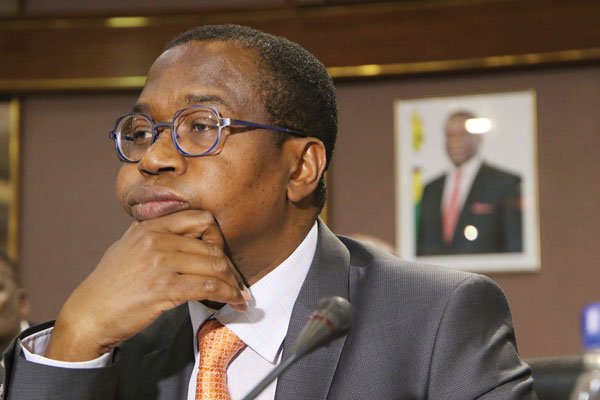 Zimbabwe is in the throes of an acute cash shortage caused by a huge trade deficit — which stood at $1,6 billion in the seven months from February to August 2018, the mismatch between electronic balances and actual cash in circulation. In his national budget for 2019, announced in November, Ncube did not address the currency crisis and rather chose to keep a 1:1 parity between local money and the greenback, despite the devaluation of the former.

“Despite his seemingly firm grasp of Zimbabwe’s economic challenges and the measures needed to address them, Ncube’s budget statement on November 24 was largely devoid of substantive solutions to the economic crisis. Furthermore, Ncube has gone back and forth on the currency regime,” Fitch Solutions, in its February 2019 Africa Monitor-Southern Africa report released last week, said.

“In October, he and Reserve Bank of Zimbabwe Governor John Mangudya instructed banks to separate accounts held by exporters and those with regular deposits, implicitly acknowledging that Zimbabwean bank balances and bond notes are not equal in value to actual US dollars.

“However, this first step towards addressing the country’s currency woes was undone when Ncube later reaffirmed that the bond note and bank balances are in fact valued at 1:1 to the dollar.”

Fitch Solutions said they believed that these policy gyrations stemmed from pressure from rival factions within the ruling party, which have divergent vested interests.

Before becoming Treasury boss, Ncube talked of removing the surrogate currency (bond notes) and join the Rand Monetary Union of countries using the South African currency, that is, Namibia, Lesotho and Swaziland. But upon taking office, he quickly backtracked and supported government’s unsustainable monetary policies.

“Certainly, a 1:1 exchange rate for the United States dollar is an overvalued exchange rate and is extremely uncompetitive,” banking expert Clive Mphambela said.

Economists and financial experts have previously stated that using the United States dollar was unsustainable as the country does not enjoy good bilateral ties or a significant trading relationship with the world’s number one economy. As a result, the country’s greenback generation capacity from its main sources of exports, foreign direct investment and diaspora remittances, is severely constrained.

Zimbabwe abandoned its own currency in 2009 after it was wrecked by hyperinflation and adopted mainly the US dollar, but a shortage of the greenback has plunged the financial system into disarray, with some businesses announcing closures last week.

Cooking oil manufacturers, Olivine and Surface Wilmar, said they had stopped operations as a result of foreign currency shortages. To solve the cash crunch, Ncube last week said the southern African country would introduce a new currency in the next 12 months.